'Our greatest chance of recovering his body lies here.' 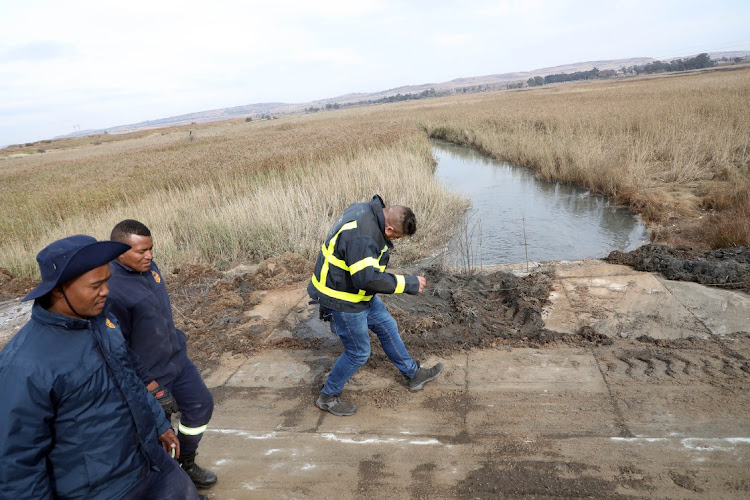 A search for six-year-old Khayalethu Magadla reached its third day on Wednesday as officials probed a sewer split chamber in Klipspruit that could be the last hope for rescuers to find the little boy.

Khayalethu fell into an open manhole on Sunday while playing with friends at a popular park on Mtambo Street in Dlamini, Soweto, and he has been missing since.

While chances of finding him alive were said to be slim, police divers, rescuers, paramedics and municipal workers have been hard at work to try to find him.

The chamber situated near the Avalon Cemetery is the central point where all sewage and debris flows to. There officials were hopeful they will make progress.

Johannesburg Water officials used a jet vacuuming truck to suck out debris and pick up large objects. A drone was used to survey land at a nearby river.

Johannesburg emergency services spokesperson Robert Mulaudzi said the area was possibly the last place the boy’s body might be recovered.

“Before the water gets into the plant, there is a net that sifts all the debris and that is what they are sucking out. If we cannot find him here at the chamber we will move towards the net,” he said.

“Because all the sewer water flows here our greatest chance of recovering his body lies here.”

Malaudzi said in the event that Khayalethu’s body was not recovered, teams would have to go back to the drawing board and revisit all the places they searched before, including where he fell.

“The promise that we would find the boy’s body will be fulfilled. If it needs be, we will revisit all the other manholes again.”

Back at the Eco park in Dlamini Street, about 10km away where Khayalethu fell, residents have been camping, monitoring children coming to play as the manholes remained open.

Children below the age of 12 were turned away by concerned residents who said they were no longer comfortable with children playing there.