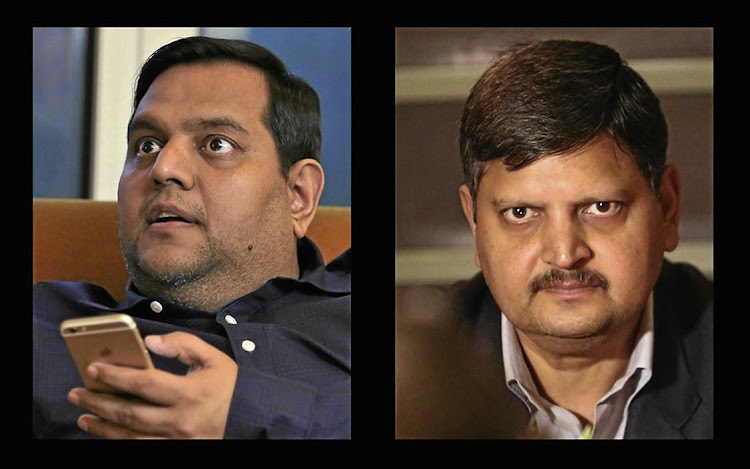 Rajesh and Atul Gupta were arrested in Dubai on Saturday. ActionSA is among the organisations keenly watching how the legal process will unfold.
Image: File photo

ActionSA has appointed legal representatives to monitor proceedings after the arrest of the Gupta brothers.

The state capture-accused Gupta brothers, Atul and Rajesh, were arrested in Dubai on Saturday after Interpol issued red notices for them in February.

ActionSA leader Herman Mashaba welcomed the arrests, saying it's good news for the people of SA.

“We celebrate after many months of having driven this issue in the public domain.

“We remain optimistic the arrests will lead to the extradition of the Gupta brothers, the extraction of further evidence against others involved in state capture, the incarceration of all individuals involved and the seizing of assets to recoup the losses to our country,” said Mashaba.

“We have seen, time and again, how leaders in government have done what is right for the ANC and not for the people of SA. We have also seen a tendency for criminal justice matters to be treated like internal issues of the ANC,” he said.

“It is for this reason we will combine our welcoming of this news with a commitment to all South Africans that we will watch these proceedings very closely.”

He said in the event the politics of the ANC interfere with justice in the matter, ActionSA will be the first to approach the courts to hold the organs of state accountable.

“The arrest of the Guptas is news to be celebrated in a country that has had little to celebrate on the subject of state capture. The years and billions spent on the state capture inquiry must be given meaning and value by corresponding actions that deliver justice to the people of SA,” said Mashaba.

The DA also welcomed the arrests, saying it hopes this is the beginning of arrests and prosecution of those who have, locally and abroad, looted the country for years.

The party said it would monitor the matter closely.

“The DA has noted the confirmation by the department of justice, and we look forward to more information regarding the arrests and process that will be followed after the arrests. It is of absolute importance there is transparency on this matter.

“As President Cyril Ramaphosa faces serious questions about the dubious theft of millions from his farm in Limpopo, it is important our law enforcement agencies are impartial and thorough.”

TimesLIVE conducted a poll asking readers if they were celebrating the arrests.

Most (73%) said they would only celebrate when they see the brothers in jail.