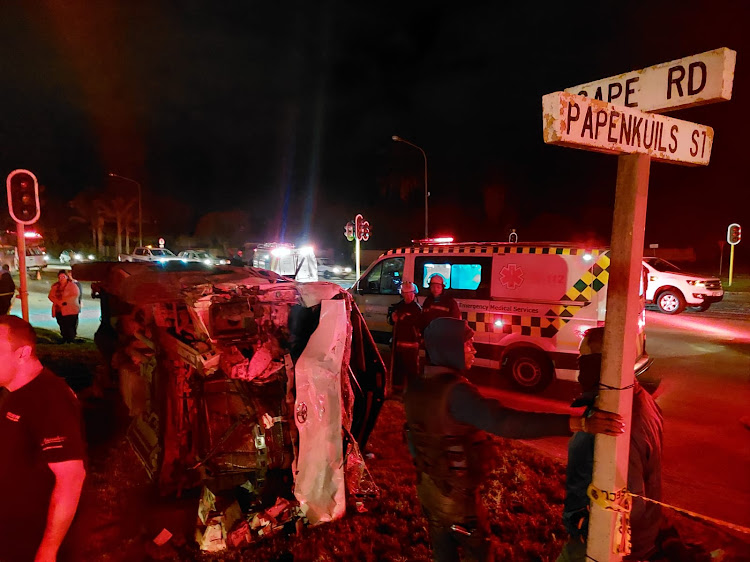 BAD ACCIDENT: Fifteen people are being attended to in several hospitals in Nelson Mandela Bay following an accident at the Papenkuils Street and Cape Road intersection on Saturday evening.
Image: Tremaine van Aardt

Fifteen people are being attended to in several Gqeberha hospitals following an accident on the intersection of Papenkuils Street and Cape Road on Saturday evening.

At about 6pm on Saturday a collision between a Toyota Quantum and a Toyota Hilux occurred at corner of busy intersection shortly after loadshedding hit the Linton Grange area.

When The Herald arrived at the scene the street was lit up with red and blue lights as various emergency services including paramedics, firefighters, police and traffic officials attended to the scence.

A small crowd gathered around the wrecked Quantum which lay on the side of the road surrounded by debris and fragments of shattered glass. 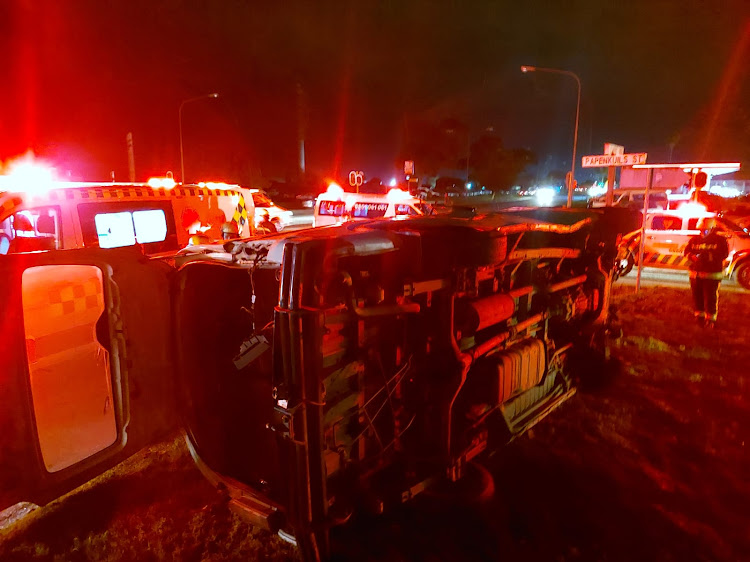 One of the first responders on the scene and Gardmed roads operation manager, Eugene Muller, said at this stage the cause of the accident is unclear.

"The only thing I can confirm is that 15 people were involved, all of whom have been sent to various hospitals in the city.

"14 people were in the Quantum and one in the bakkie.

"At this stage it is unclear who or if one of them jumped the robot resulting in the accident," Muller said.

By 7pm the majority of the debris had been cleared with traffic officials were assisting with traffic follow.