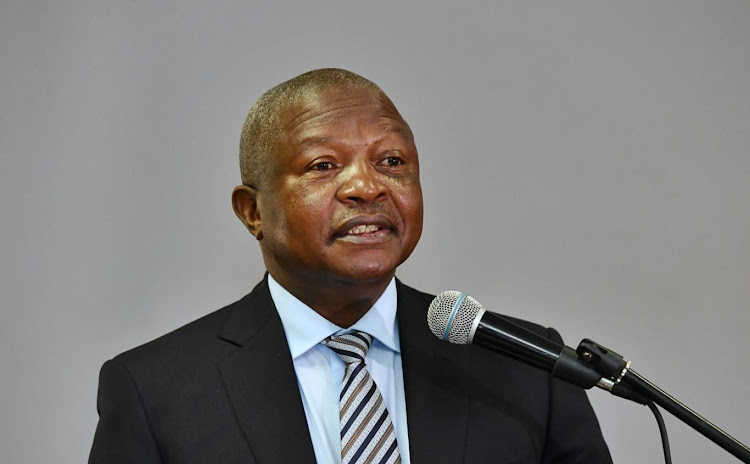 “We are excited that finally the obstacles that were preventing us from dispensing the necessary services to military veterans have been overcome. One service that has been a challenge was the pension rollout,” he said.

“I am glad to say that we have overcome that hurdle. We have finally approved the pension rollout which we think will go a long way to assist our military veterans.”

Mabuza was speaking to military veterans — who previously complained about being ignored when it comes to housing, social relief, educational assistance, employment and access to land — in Mahikeng, North West.

Last year TimesLIVE reported that defence minister Thandi Modise, her deputy Thabang Makwetla and minister in the presidency Mondli Gungubele were allegedly prevented from leaving a meeting at a hotel in Tshwane.

Police intervened after veterans barricaded doors with chairs and refused to allow the three to leave. According to Sunday Times, their demands included the payment of R4.2m to each of 9,000 veterans at a total cost of more than R37bn.

Initially, 56 people were arrested, three of whom were released as they were identified as staff members. All accused are facing 27 charges: one count of conspiracy to kidnap and 26 counts for kidnapping. All 53 arrested veterans were released on bail.

Mabuza told Saturday's gathering that Makwetla would elaborate on the pension rollout later. “We want to see this pension being rolled out as soon as possible, without delay,” he said.

The deputy president, who heads the presidential task team on military veterans, said government departments, state-owned entities and the private sector are working together to alleviate the challenges faced by military veterans.

“We have resolved to facilitate an effective, co-ordinated and flexible governmentwide response and joint action plan aimed at finding solutions to all the concerns that you have raised,” he said.

“We have also agreed to promote interlinkages that encourage timely and relevant exchange of data and information on specific issues so that we can find lasting solutions to these common problems.”

Mabuza said the approach aims to understand the nature of the grievances made by the veterans. “We are open to listen to everyone. This attitude was necessary to allow ourselves to gain better understanding and appreciation of the difficulties that confront many of our military veterans on a daily basis.”

Through the engagements, he said, the government had conceptualised a number of work streams to pursue specific issues.

“There is progress that we are making in terms of these work streams but I must insist that we need to up the pace.

“I am aware that the challenges that are faced by our military veterans at times are very complex and multifaceted. They require all of us as provinces, national government and municipalities to commit to a joint action approach to resolving these challenges.”

He said he was confident these issues will be resolved. “In the end, the plight of military veterans, their families, and the prospects of ever enjoying the fruits of freedom that they helped to bring about, lies in our commitment to support them,” he said.