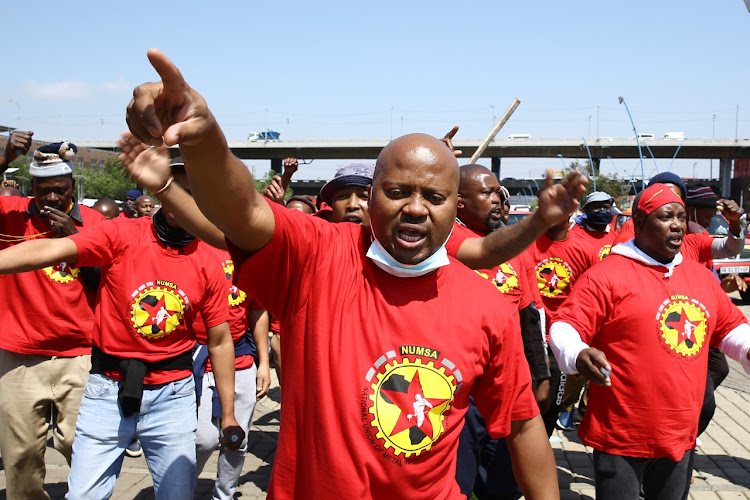 Members of the National Union of Metalworkers of SA (Numsa) from the three agencies responsible for running the City of Tshwane’s Areyeng BRT system will stage a protest march to city headquarters on Friday.

“Our demand is simple: Workers are demanding the City of Tshwane must ensure they receive transport allowance,” said the union’s Hlanganani regional secretary Jerry Morulane.

“We want to apologise in advance to commuters and the public for the inconvenience this march may cause. We would like them to understand t our members have no choice but to resort to protest action. They have been raising the demand for a transport allowance and for safe reliable transportation for a long time and have been ignored.”

The union said the transport allowance was a burning issue for members at Tshwane Rapid Transit (TRT), Tshwane Affected Operation Investment (TAOI) and Extremetec. The agencies fall under Areyeng and provide services, including running the stations, drivers and busses and operating the automated fare collection system. The city manages the project.

“Workers start their shifts at 4am and knock off after 9pm. It is virtually impossible to get reliable transport at that time and, to make matters worse, it is not safe at all, especially for female workers. This is not just about money. It is a life and death issue,” said Morulane.

The march was expected to start at about 10am from the corner of Kgosi Mampuru and Madiba streets and proceed to Tshwane House.