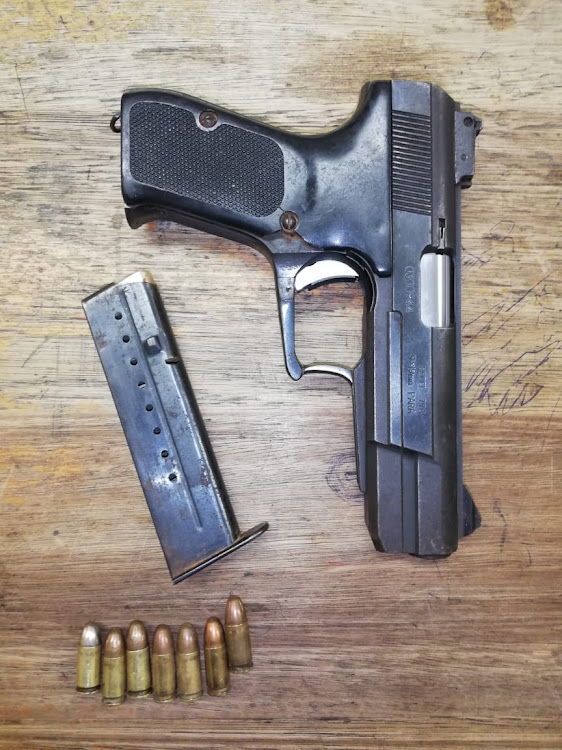 WEAPON RECOVERED: A 65-year-old man was arrested and is due to appear in the Motherwell magistrate's court this week on charges of illegal possession of a firearm and ammunition
Image: SUPPLIED

A firearm reported stolen in East London  in May was recovered in Gqeberha on Tuesday night and a 65-year-old man was arrested.

Police   received information about an armed man at a shop in Siwa Street, Kwazakhele, at about 7.45pm on Tuesday.

Police spokesperson Captain Gerda Swart said upon arrival, members searched the suspect and a 9mm Norinco pistol and seven rounds of ammunition were allegedly found in his possession.

The firearm was reported stolen in East London earlier in May.

The arrested man   is due to appear in the Motherwell magistrate’s court this week on charges of illegal possession of a firearm and ammunition.