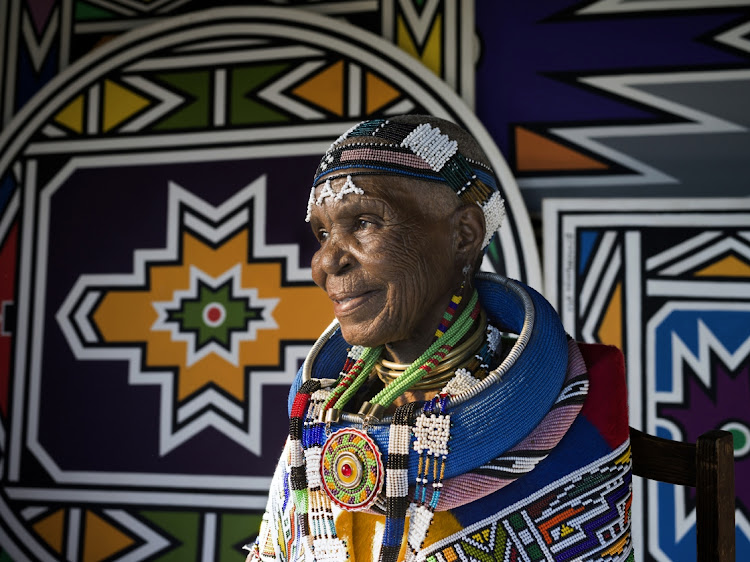 The case of Jan Mlemani Kwati Masilela, who was allegedly found in possession of a firearm owned by renowned African artist Esther Mahlangu after she was attacked at home, has been postponed to June for further investigation.

Masilela, who is out on R3,000 bail, was back at the Mdutjana magistrate's court on Tuesday, charged with possession of an unlicensed firearm.

The 87-year-old artist was robbed and attacked at her home in Weltevrede near Siyabuswa on March 19. She was assaulted and had her hands tied with a cord. The suspect searched her bedroom and took a safe containing a 7.65mm pistol, an undisclosed sum of cash and keys, before fleeing.

Mahlangu was left with facial injuries and was later found by her granddaughter who alerted neighbours.

Meanwhile, Simon Kgantshi Skosana, accused of the attack on Mahlangu, has changed his mind and requested representation from Legal Aid SA. He previously said he would represent himself.

Mpumalanga National Prosecuting Authority spokesperson Monica Nyuswa said the two were charged in separate cases as Masilela was not alleged to be involved in the robbery.

TimesLIVE previously reported that Mahlangu’s grandson Xolani confirmed that Skosana was known to the family and did odd jobs at Mahlangu's home.