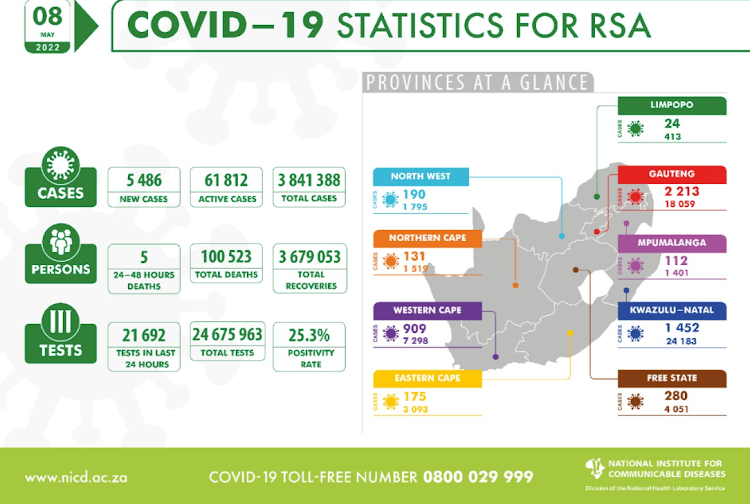 Gauteng and KwaZulu-Natal accounted for most of the 5,486 new Covid-19 cases reported in SA on Sunday.

The new infections bring the total number of laboratory-confirmed cases to 3,841,388. This increase represents a 25.3% positivity rate.

“The national department of health reports seven deaths. Of these, five occurred in the past 24 to 48 hours. This brings the total fatalities to 100,523 to date,” said the National Institute for Communicable Diseases.

There was an increase of 43 hospital admissions over 24-hours.