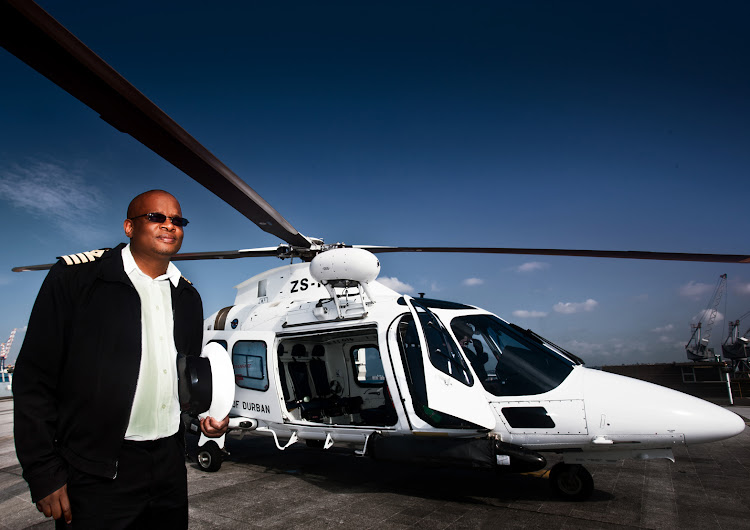 The head of the Maritime Service for the Transnet National Port Authority, Rufus Lekala, graduated with a Postgraduate Diploma in Maritime Studies during one of UKZN’s graduation ceremonies in May.
Image: Supplied

A chief harbour master who started as a taxi driver in Mamelodi, Pretoria, graduated with a postgraduate diploma in maritime studies at the University of KwaZulu-Natal (UKZN) on Friday — and now he's reading for an MCom in leadership studies.

Rufus Lekala, head of the maritime service for the Transnet National Port Authority, started his career in the maritime sector at the then Cape Technikon in 1995 when he received a Transnet bursary to pursue a diploma in maritime studies. At the time he had been working as a taxi driver in Mamelodi for five years.

“I was in desperate need of a career that would take my family and me out of poverty. Fortunately, the maritime sector presented itself as a home that I will never trade for anything,” he said.

Born in a small village called Kutupu in Limpopo, Lekala is married with three children and is proud of his achievements.

“I feel really proud of myself, but more importantly, I’m grateful for the support and encouragement of my family,” Lekala said.

He has since made his mark in various positions, starting out at Transnet as tug master in the Port of Cape Town, and going on to serve as a marine pilot in the Port of Saldanha Bay.

Lekala was the first Black harbour master in the Port of East London in 2002 and later in Cape Town and Durban, prior to his appointment as chief harbour master of the Transnet National Port Authority in June 2011.

Here Lekala is tasked with overseeing the planning and execution of port marine operations such as designating where vessels should lie within the harbour, vessel traffic management services, provision of pilotage services, conservancy and other marine-related operations.

He is now studying towards a Master of Commerce in maritime studies through UKZN.

His study focuses on the impact of changing container vessel sizes on ports and he is exploring the cascading effects from the perspective of the SA complementary container ports system in Durban, Ngqura and Cape Town.

Acting director of UKZN’s Unit of Maritime Law and Maritime Studies Dr Dusty-Lee Donnelly congratulated Lekala on his academic achievement and wished him well in his future research endeavours.