CLAW (Community Led Animal Welfare) has warned that the scourge of dogfighting is on the rise and should be stopped.

This is after they rescued a badly mauled pit bull in the Roodepoort area on Sunday morning, which was spotted roaming the street.

“Shortly after 8am this morning, we received a call from a motorist who had seen this dog on the road, dodging traffic and could see that there was something wrong but was unable to stop,” said CLAW founder Cora Bailey.

Bailey said they responded immediately after the motorist rang them and sent a location pin, between Lindhaven and Davidsonville in the Roodepoort area. 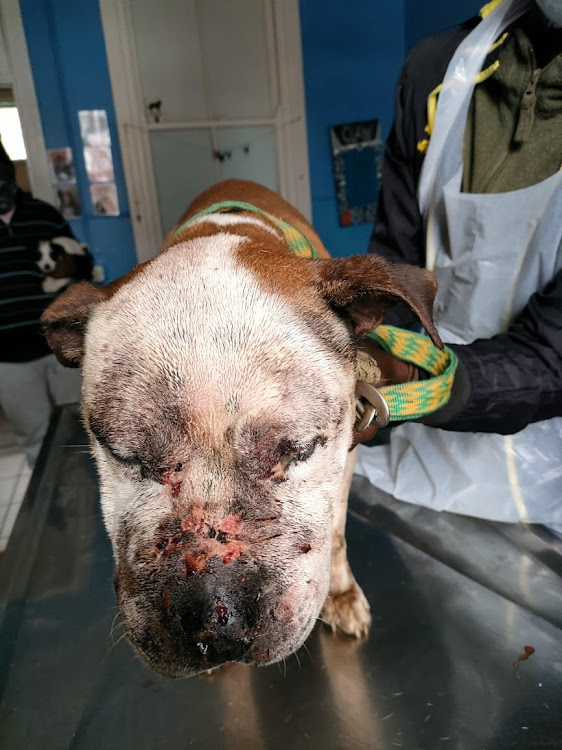 “This dog was so relieved that someone stopped that he jumped into the car. His face is badly lacerated, it’s full of dog bites. There is no doubt that this dog has been in a dogfight. He has a severe laceration,” she said.

She said from the looks of it and from the area, it's highly probable that the dog was deliberately fought.

“It isn’t the first time that we actually found injured pit bulls in that area. So it’s extremely sad that this kind of dreadful practice continues when our society is already so violent and this kind of thing is happening very often with children watching what is an incredibly dreadful illegal practice,” she said.

Bailey warned that the practice was on the rise.

“In terms of mauled dogs that we have received — dogs that have been victims of this — the numbers are increasing. In fact, we receive at least one or two a week that have been severely mauled by the power breeds.”

She said this is always linked to other social crimes.

“In other words, you find that the perpetrators are taking drugs or doing housebreaking and dog theft. Young children are being introduced to this crime and parents must be made aware that when your teenage son wants a pit bull, be aware of the implications but don’t give a dog a bad name,” she said.

“We will certainly open a case and wait for more information to come in. Sometimes it does and sometimes it doesn’t but whatever happens, the dog has suffered massive trauma and somewhere out there is another dog with wounds.

“Because this dog fought with another dog, where is the other dog? Has it been taken? If this was an accident, hopefully that person will come to tell us where the other dog is. Somewhere, is another dog that is suffering.”

Bailey said the dog has received medical attention and medication.

“People tend to think that pit bulls don’t feel pain — of course they feel pain. They are just the most abused dogs in our society. The fact of the matter is that the scourge of dogfighting is increasing in our society where violence is seen to be a norm. Not only gender-based violence but violence against animals.”

She said it was highly unlikely that the owner will come forward as there would be a lot of questions.

Bailey said parents need to catch a wake-up as it's mostly youngsters who are increasingly becoming attracted to the game.

“This is not a bad dog, but it was bred in the old days to fight. When you have one it can make the most amazing pet but you’ve got to know that you have to be careful.”