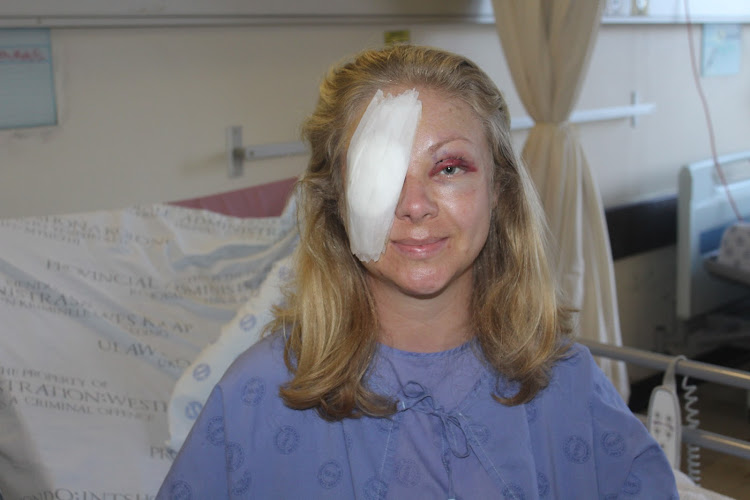 Ingrid Barge became the first patient to have a sophisticated eye surgery, corneal neurotisation in South Africa. The procedure will bring back sensibility and improved vision to her eye.
Image: Supplied

After she suffered a stroke last year, Ingrid Barge, 40, from Claremont never regained sensation to her right eye, except persistent irritation.

But after several months of living with a difficult to treat corneal anaesthesia (numbness of the transparent front of the eye), her eyesight is set to be restored thanks to a new procedure, corneal neurotisation, that local public sector doctors performed on her eye to bring back not only sensibility, but improved vision.

On Tuesday she became the first patient to have this procedure in SA after doctors at Groote Schuur Hospital in Cape Town performed the minimally invasive technique, which so far has been performed only at leading medical centres in high-income countries such as the US and Europe.

With the novel technique, doctors use healthy donor nerve grafts to stimulate nerve growth in the damaged eye.

Ophthalmologist Dr Hamzah Mustak,  who performed the surgery with plastic and reconstructive surgeon Dr Ben Moodie, explained that the graft is attached into the nerve supply of the opposite side before it is tunnelled across the bridge of the nose and passed through the eyelid of the affected eye.

“The nerve is then carefully divided into several branches which are tucked into little pockets created at the edge of the cornea,” said Mustak who was trained to perform the technique in Los Angeles.

At Groote Schuur Hospital only, there are about 150 patients who need this surgery. Doctors are hopeful that this was the first of many operations that will be performed at the hospital.

“We have many patients with this problem which is very difficult to treat and usually result in vision loss.” 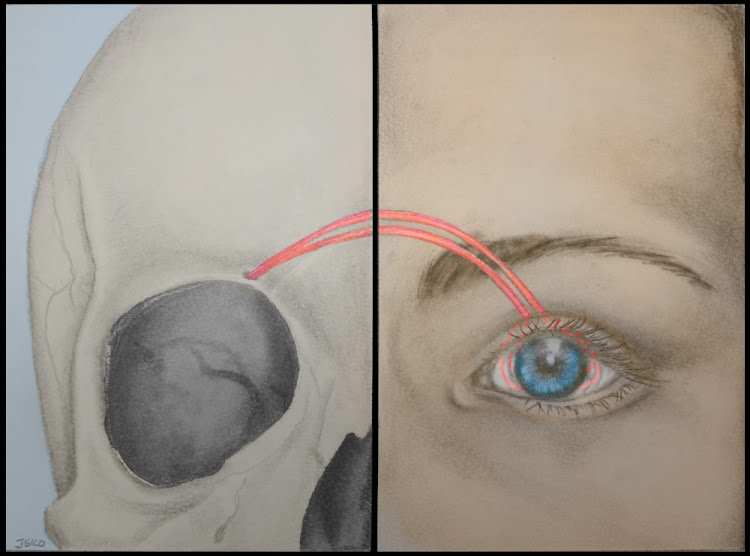 An illustration by the Institute of Advanced Reconstruction shows how a nerve graft is performed during corneal neurotisation.
Image: Supplied

“The nerve will take some time to start working, usually three to six months. The procedure is performed at a few specialised centres internationally and provides some hope for patients.

Barge is ecstatic about her prospects to regain full vision.

“I am so excited to be the first patient to be operated on. I hope the operation will be successful and bring hope to the others,” she said a day after she had the surgery.