No room for corruption as government moves to rebuild KZN: Ramaphosa 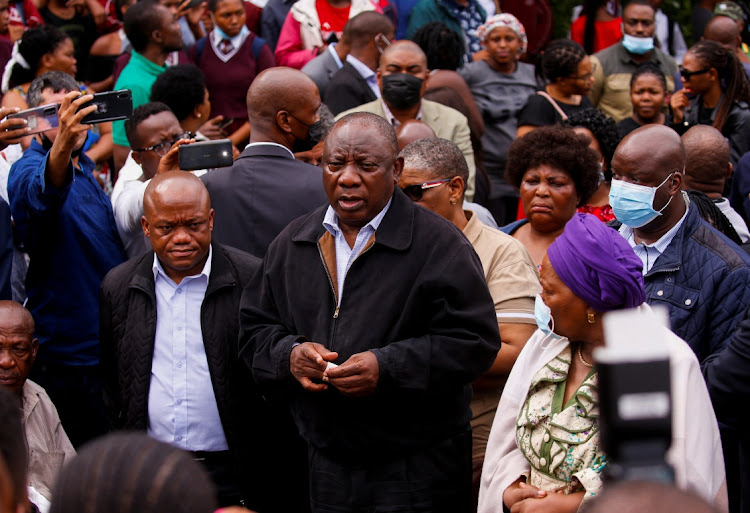 President Cyril Ramaphosa has warned "corruption hyenas" salivating over the prospect of public money being disbursed to KwaZulu-Natal to rebuild after the devastating floods that they will not smell a cent.

Ramaphosa issued this warning during his address laying out the government's  plans to help the people of the province after flooding left much of eThekwini in disarray.

The R1bn package announced by minister of finance Enoch Godongwana was a portion of the funds needed to get the province back to normality.

The extent of the damage was expected to run into billions of rand, including the rebuilding of infrastructure such as roads and homes washed away.

To corrupt businesspeople waiting on the sidelines to loot, Ramaphosa warned — not this time around.

“Learning from the experience of the Covid-19 pandemic, we are drawing together stakeholders to be part of an oversight structure to ensure that all funds disbursed to this disaster are properly accounted for and that the state receives value for money.

“These stakeholders include the office of the auditor-general, business representatives, religious sector, labour, community-based organisations and professional bodies such as engineers and accountants.”

To avoid the history of corruption repeating itself, accountability and following the money trail will be paramount.

“When it comes to infrastructure, participation of engineers, architects, quantity surveyors and those who are experts on building will help us so that we do not overpay for the infrastructure rebuild and that we get value for money.

“We are determined that there be transparency and accountability as the projects are costed and implemented as well as how resources are deployed from the beginning, not after the money has either been wasted or stolen.”

Government would dig deep into its pocket and also use other resources to provide relief and rebuild after the floods.

The Solidarity Fund would set up a new bank account to help flood victims.

The floods were also a lesson for the country to pay attention to the effects of climate change.

“At the same time, we need to pursue our own emissions reduction targets through a just transition that protects vulnerable communities and safeguards jobs.

“The people of SA are coming together to provide solidarity, assistance, support and comfort to those affected by this disaster.”