Splash Festival a reality, but details scant due to municipal instability

Company confirms being given contract to arrange annual Easter event 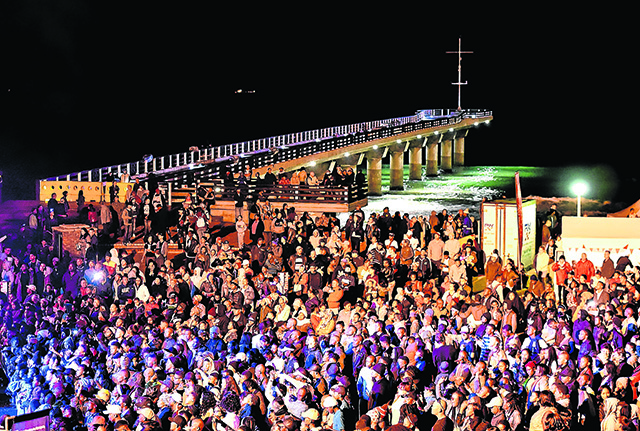 While the Splash Festival will take place over the Easter weekend, details surrounding the event are being kept under wraps by the Nelson Mandela Bay municipality.

Apart from confirming the event will take place, those involved with the planning were hesitant to provide further details despite it being less than a week away.

This comes days after a Gqeberha high court judge was told how having two city managers had caused confusion among staff, who did not know whose instructions to follow, with the spat appearing to have affected the finalisation of the festival.

Three officials said all the preparations had been completed and a service level agreement between the metro and events company Soul Good finalised by the city’s legal department.

All that was left was for the city manager to sign off, but officials did not know whether to approach city manager Noxolo Nqwazi or acting city manager Anele Qaba for a signature.

The documents eventually made it onto Nqwazi’s desk on Wednesday.

The event is scheduled to take place from April 15 to April 18.

“There was a delay in the service provider service level agreement which was finalised [on Wednesday].”

Qaba, meanwhile, said the documents were not sent to him for approval but that he would investigate the delay.

Soul Good project manager Darren Munger confirmed the company would be organising the event this year.

Ndamase said: “The city usually has a media launch for the event where all relevant information is communicated with the media.

“Unfortunately, we cannot answer these questions now, but we will communicate with the media in due course.”

She would also not confirm if Hobie Beach was still the chosen location or what foot traffic was like during the last event.

However, in an email Munger sent to Ward 2 councillor Renaldo Gouws informing him about a liquor licence application for the event, he outlined a few details.

According to the email, the event would feature the likes of top national artist Ami Faku.

He also named renowned chefs Reuben Riffel and Siba Mtongana as due to appear at the event.

It would be held at Kings Beach.

Munger said in addition to the more than R3m expected to be injected into the local economy, at least 125 temporary jobs would be created.

A main feature of the Splash Festival in previous years was the Nelson Mandela Pro Wrestling Extravaganza WRESTLEMONSTER.

Champions Pro Wrestling chief executive Mark Beale said he was disappointed that the event would not be part of the 2022 festival.

He said the event had in recent years attracted thousands of spectators, coupled with one of the largest anti-bullying campaigns at schools across the city and places of safety.

Beale said despite lobbying to host the event, no official from the sport, recreation, arts and culture department had been in contact with him.

“Seemingly due to the unstable political situation in our metro, a final decision could not be reached,” he said.

DA councillor Sebenzile Rafani said the committee had not met since the elections.

“The Splash Festival was the ideal opportunity for local artists and businesses to benefit post-pandemic,” Rafani said.