Zondo report: Lynne Brown at the centre of capture of Eskom and Denel 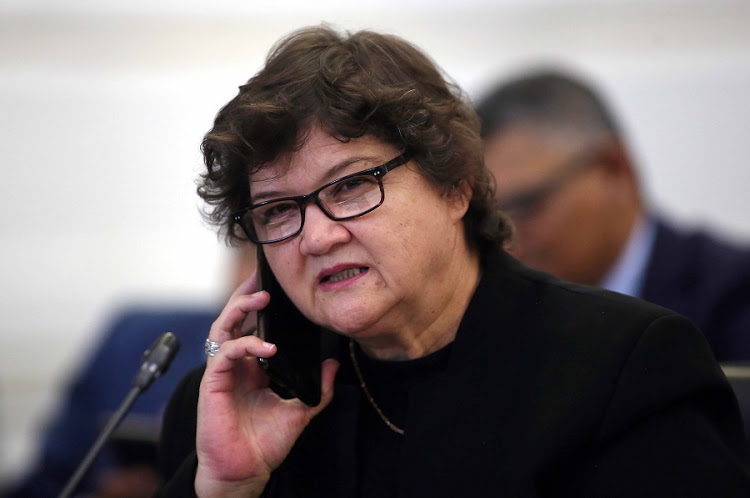 In part 2 of his state capture report acting chief justice Raymond Zondo linked former public enterprises minister Lynne Brown to state capture in Eskom and Denel and implied that she lied to his commission about her knowledge of calls she had with Gupta lieutenant Salim Essa or the Gupta brothers themselves.

Part 2, which deals with state capture at state-owned entities Transnet and Denel, was published by the presidency on Tuesday.

The first tranche of the report was submitted to President Cyril Ramaphosa earlier this year.

“The assertion by Brown that she cannot remember anything about the conversations is rejected. She has told a deliberate untruth in this regard. Why would she lie about her telephone conversations with [Gupta lieutenant Salim] Essa?

“The only possible conclusion is that Brown was a witting participant in the Guptas' schemes to capture Denel and Eskom,” reads the report.

Zondo was referring to testimony by Brown in which she stated that she could not recall having had a conversation with either Essa or with youngest Gupta brother Tony on Essa's phone.

At the time, in 2015, senior executives had been removed from Eskom.

The report further slams Brown for abdication of duty when she appointed board members at Eskom that year.

“There is a lot from how Brown dealt with certain matters relating to SOEs that indicates that she was assisting the Guptas,” the report states.

“The commission also obtained cellphone records relating to her, Salim Essa and Tony Gupta,” which the report states shows that Brown had telephonic conversations with another alleged Gupta lieutenant, Nazeem Howa, as well as with Atul Gupta around March 2015.

The report states that the conversations happened a day after the suspension of four Eskom executives.

“The evidence of Brown before the commission was unequivocal: she said that she did not know Salim Essa and had never spoken to him. However, the records show that she had a total of eight telephone conversations with the user of Essa's cellphone, and therefore Essa, at a total duration of 1,398 seconds, that is more than 23 minutes. Each of these calls was probably initiated by Essa,” the report states.

“ Essa probably tried to initiate 12 additional calls with Brown but was unsuccessful and the call is recorded as lasting zero seconds,” reads the report.

The report further emphatically states that Brown participated in state capture at Denel by using her powers to install on boards individuals who she believed, and probably because she was told so, would facilitate or at least not oppose the capture of the state by the Guptas.