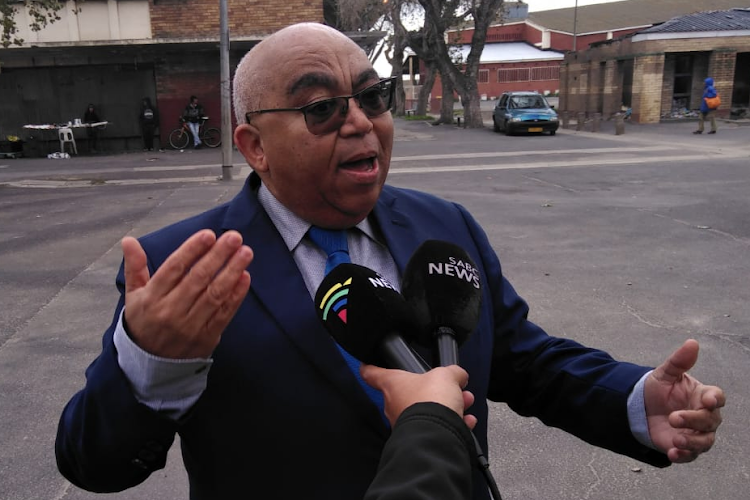 Provincial police commissioner Lt-Gen Thembisile Patekile’s office confirmed this on Thursday. This came after Cameron Dugmore, the leader of the ANC in the Western Cape legislature, wrote to Patekile to find out if the allegations against Fritz amount to possible criminal conduct.

“The office of the provincial commissioner acknowledges receipt of correspondence from the ANC in the Western Cape pertaining to the matter of allegations of sexual assault against the suspended MEC for community safety in the province,” said Brig Novela Potelwa, the provincial police spokesperson.

“The letter in question forms part of a series of engagements by various parties with regard to the matter raised. At this point, it bears noting that an inquiry has been opened by SAPS in the Western Cape while pertinent documentation is awaited before a case is registered.”

Potelwa added: “It also begs mentioning that gender-based violence is still one of the priorities of the SAPS. The SAPS specialist detectives located within the family violence, child protection and sexual offences unit are always on hand to investigate reported cases.”

Premier Alan Winde said he would support any police probe into the allegations.

“The Western Cape government will fully support any inquiry by the SA Police Service relating to the allegations made against minister Albert Fritz. We also note that a case has not yet been registered,” Winde said in a statement.

“I also fully support the SA Police Service’s reminder that their doors remain open to the complainants. I have echoed this call to the complainants directly and note that it remains their choice to lay charges — one in which we must all respect.”

Winde said he had referred the complainants “to an NGO dedicated to the assistance of complainants of the nature in question”. He said this “will ensure that  every person who complains to my office is treated with sensitivity both within the investigation that I have initiated to determine minister Fritz’s continued cabinet appointment, and  in respect of any criminal or civil claim that the complainant in question may wish to pursue themselves.”