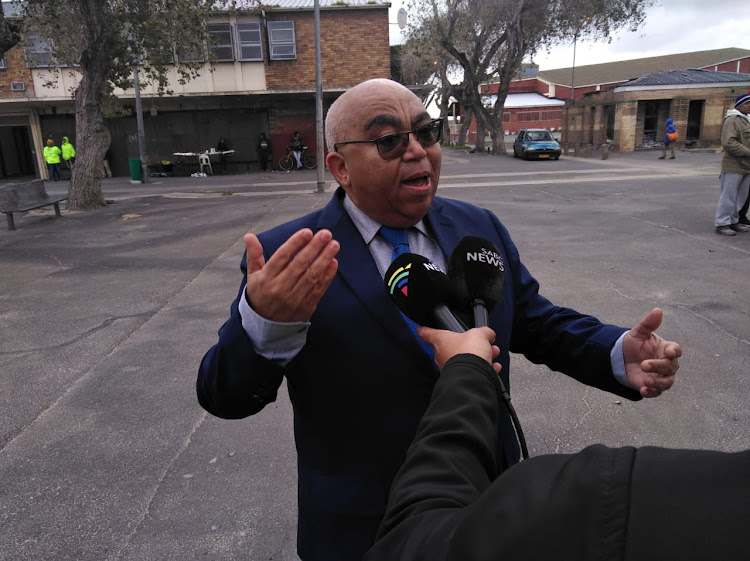 The plot has thickened in the misconduct saga involving Western Cape MEC Albert Fritz, as Miché Solomon says she is willing to testify.

Solomon, who was named Zephany Nurse by her parents, was stolen from Groote Schuur Hospital soon after birth. She still goes by the name Miché Solomon, which she was given by the woman who abducted and raised her for 18 years.

In 2016, the high court in Cape Town sentenced the woman who kidnapped her and raised her to 10 years in prison.

Fritz — who was social development MEC at the time of the trial — and his department stepped in and offered Solomon support. The embattled MEC reportedly offered her an internship in his office.

Solomon took to Facebook on Tuesday and revealed her willingness to testify in the Fritz matter, if called upon.

“With regards to this post and a lot of questions and calls I have been receiving concerning MEC Albert Fritz, it's a sensitive matter,” Solomon posted.

“I have also been receiving legal advice on this matter from my lawyer. I have decided not to make any statements to the media at this time. If there are legal proceedings and if I am asked to testify, then I will be willing to do so.”

Premier Alan Winde suspended Fritz on Sunday. Though Winde did not reveal the allegations levelled against Fritz, media reports have linked the community safety MEC to alleged sexual misconduct. An independent lawyer is expected to probe the allegations.

In a statement in 2016, Fritz urged “media houses to show restraint and respect to the young woman known as ‘Zephany Nurse”.

“The ongoing 'anonymous source' driven news articles which are unconfirmed, speculative, and slanderous, only serve to stigmatise her and derail her actual process of building her self-identity and self-actualisation,” he said.

At the time, his office said he “will not hesitate to approach the press ombudsman on behalf of Zephany”.

“It is important to note that Zephany is her own person, and has begun to live her life as she sees fit. The department will continue to walk with Zephany, and assist where needed as she plans her life,” Fritz's department said at the time.