Actor Patrick Shai 'took his own life', body discovered by his wife 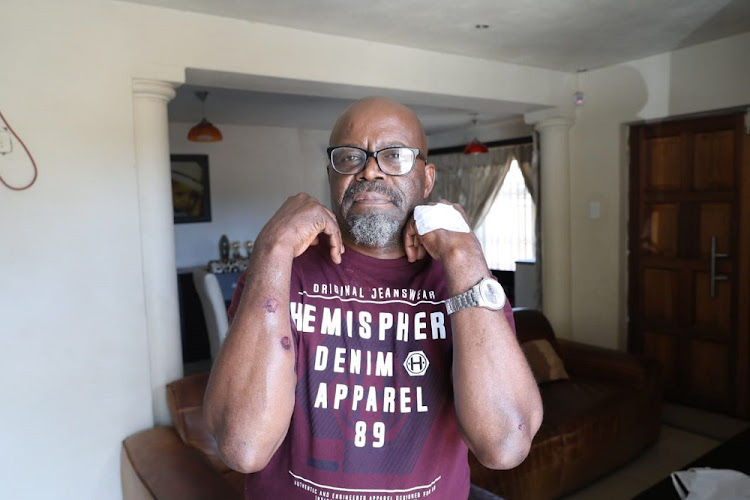 Police say the late actor Patrick Shai took his own life and his body was discovered by his wife in the garage of his Dobsonville home on Saturday morning.

Shai's family released a statement confirming his death to TshisaLIVE.

“It is with great sadness to announce the passing of the veteran actor Ntate Patrick Shai. He passed away this morning (January 22 2022).

“We sincerely ask you to give the family time to process this painful loss. More details will be shared in due course,” read the family statement.

Family spokesperson Amogelang Mmusi told TshisaLIVE the family were not ready to confirm the cause of death at the moment.

However, TshisaLIVE is in possession of a SAPS communication in which police allege Shai took his own life and was discovered by his wife, Mmasechaba Shai.

The communication states Mmasechaba found her husband “hanging” in the garage and she untied him to lay him on the floor.

Mmasechaba married Patrick when she was 17 years old and stayed with him till the end, even though Patrick admitted to having abused her for years during their marriage.

In 2016, Mmasechaba told Move! magazine all about the abuse and how she'd finally seen light at the end of the tunnel when Patrick saw the error of his ways and started seeking help. She sang his praises as a changed man.

Shai, was a prolific actor with an extensive filmography under his belt and tributes dedicated to him have flooded social media platforms since his death was confirmed.

Shai also had an extensive feature film resume which included Cry, the Beloved Country and Critical Assignment among many others.

His most recent TV role saw him reunite with Sebogodi on screen to play the role of Mr Phasha on 1 Magic's The River.