Seven die after taxi rams into stationary vehicle near Aberdeen 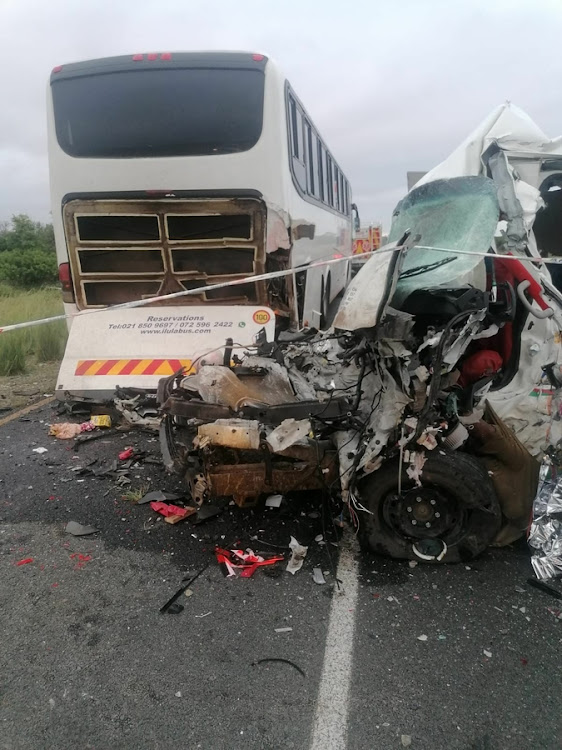 CRASH SCENE: Seven people have died after a taxi collided with a stationary vehicle on the R61 near Aberdeen in the early hours of Monday morning
Image: Supplied

Seven people died and 18 were taken to hospital on Monday morning after a taxi collided with a stationary vehicle on the R61 near Aberdeen.

Transport department spokesperson Unathi Binqose said the accident occurred at about 2.30am where mechanics were tending to a bus that had broken down next to the road.

“The taxi, travelling in the direction of the Western Cape, collided with the vehicle belonging to the mechanics working on the broken down bus,” Binqose said.

“The taxi overturned and six occupants, including the driver, died on the scene.”

A seventh person died en route to a nearby hospital for treatment.

Four children were among the dead.

The injured were taken to hospitals in Aberdeen and Graaff-Reinet for treatment.

The names of the dead will only be released once their next of kin have been notified.