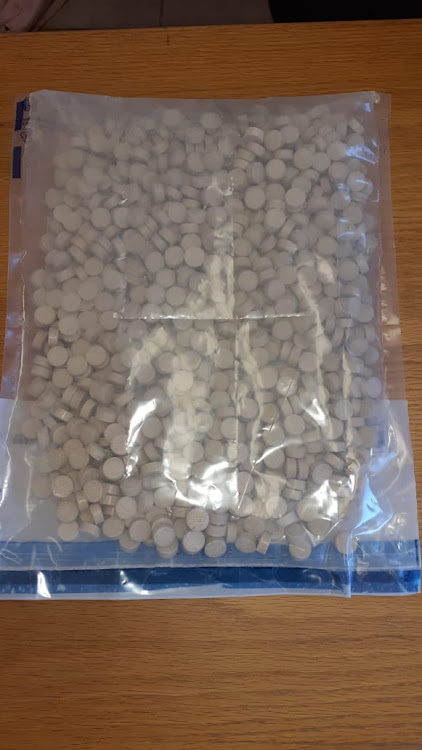 ILLICIT HAUL: These Mandrax tablets were seized from a taxi pulled over on the Graaff-Reinet road on Tuesday
Image: SUPPLIED

Mandrax tablets worth an estimated R101,000 have been seized by the Cradock police’s K9 unit.

Police spokesperson Captain Lariane Jonker said the unit’s members were conducting highway patrol duties on the R61 to Graaff-Reinet on Tuesday when they uncovered the illicit haul.

“A taxi was randomly stopped and searched, when the members found a plastic bag of tablets concealed in a carry bag,” she said.