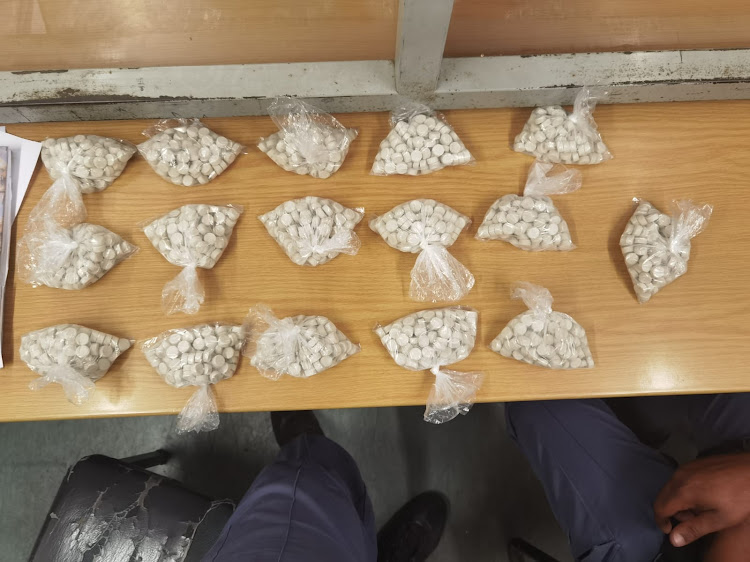 Hundreds of Mandrax tablets have been removed from the streets and a heavily armed gangster arrested in Nelson Mandela Bay.

Police spokesperson Colonel Priscilla Naidu said anti-gang unit members had confiscated 1,600 Mandrax tablets at a house in Kamesh Drive in Rosedale, Kariega, at about 12.10am on Tuesday.

“It is alleged that as members tactically approached the house, the suspect was seen hiding a shoebox under the bed,” she said.

“While [police were] locking the pit bull dog away, the suspect jumped over the wall and fled.”

She said the of Mandrax tablets had been found inside the shoebox, with a total estimated value of  R100,000.

In another incident, police were patrolling in Bloemendal at about 5.30pm on Monday when they noticed a man acting suspiciously in Aspeling Street.

They followed the 22-year-old into Astrie Street and searched him.