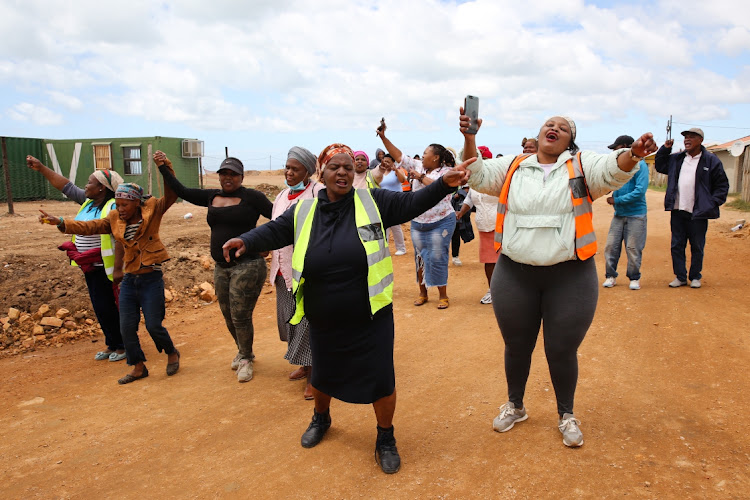 Two projects to tar roads in Wells Estate have come to a standstill due to a clash between the newly elected ward councillor and small business owners in the area.

While some of the SMMEs accuse Ward 60 councillor Thembinkosi Mafana of interfering with the projects to ensure other emerging businesses benefit from the contracts, the councillor vehemently denied this.

Mafana said he merely met the contractors to be briefed on the state of each project.

The spat has led to protests in the area, with the projects halted until the impasse is resolved.

Jeremy Delport Construction site manager Nick Delport declined to comment other than to say that he hoped for a peaceful resolution so they could continue with the work.

Khayehle trading site manager Deon Neethling could not be reached for comment.

The Ward 60 Business Forum accused Mafana of removing SMMEs appointed to work with the main contractors at two road construction projects in the ward.

Forum chair Thando Gebengana said the project was introduced into the ward in September by the project manager and the forum worked out who was to benefit from it.

He said that on Friday last week they were informed that Mafana had called the project manager and the main contractors to discuss the progress of the projects.

“We were told that Mafana had instructed the main contractors to remove us from the projects because he is not working with the business forum, meanwhile he had been causing hiccups and delays on the projects demanding that they should commence when he had been officially elected,” Gebengana claimed.

He said the SMMEs in the ward were entitled to 30% of the projects introduced and had established a forum to regulate the placement policies.

“We are not against service delivery and we had explained to the residents, but now we can’t understand the ward councillor that is going to dictate our ways.

“We have been working as the forum in the ward and never had any issues with the contactors,” he said.

Council chief whip Wandisile Jikeka said Mafana had told him that there was a problem in the ward and that work had been stopped.

He invited the leadership of the SMMEs to a meeting where they resolved the disagreements.

“According to him, the contractor is supposed to resume working,” Jikeka said.

Mafana said this was not true, adding that there was no discussion about removing SMMEs from the projects.