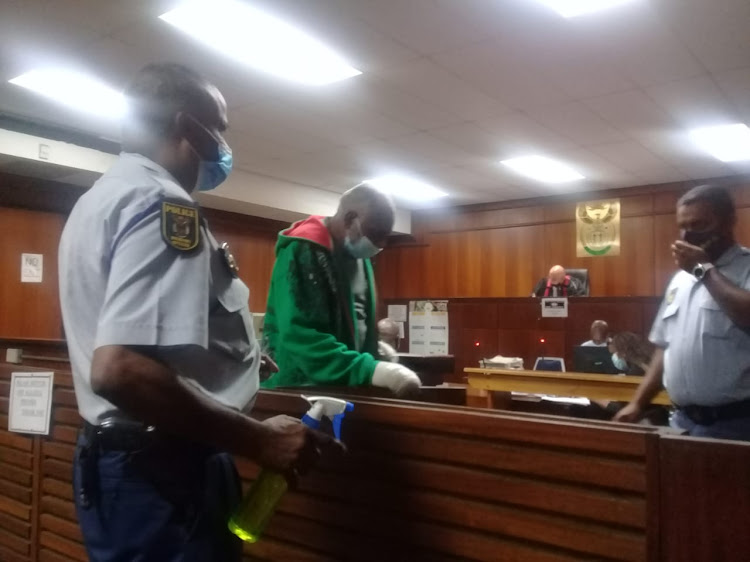 Phoenix man Krishna Chetty appeared briefly in the Verulam magistrate's court on Wednesday in connection with a deadly fire that claimed the lives of five people.
Image: Mfundo Mkhize

Phoenix man Krishna Sagie Chetty made a fleeting appearance in the Verulam magistrate's court on Wednesday in connection with the torching of a block of flats earlier this month.

The fire at the Kidstone Place flats claimed the lives of five people known to him, including Elisha Naidoo, three children between the ages of 3 and 13, and relative.

Chetty, 57 who had both his hands bandaged when he appeared in court, was arrested at the home of the relative after a police search for him. After his arrest he was admitted to the Mahatma Gandhi hospital for burn wounds.

He is facing charges of murder and arson.

Chetty is also charged with the attempted murder of Deon Naidoo, whom he allegedly attempted to kill by setting his flat alight while he was sleeping.

His attorney told TimesLIVE that he intends to plead not guilty to the murder, attempted murder and arson charges.