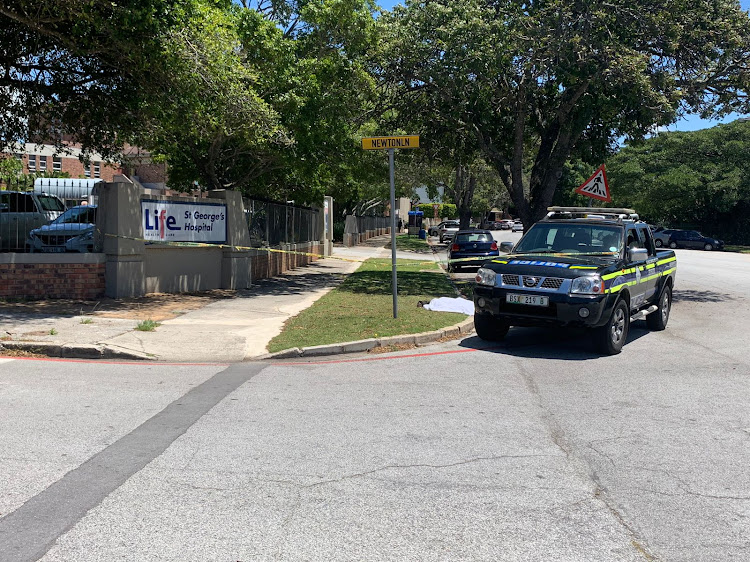 POLICE SCENE: At noon on Thursday, police were still busy at the scene where the body of an unidentified man was discovered near St George's Hospital
Image: DEVON KOEN

The body of an unidentified man was discovered on the corner of Park Drive and Newton Avenue in St George’s Park on Thursday morning.

While details remain sketchy, a police vehicle was still at the scene just before noon.

The body of the deceased was apparently found on the verge of the road in front of Life St George’s Hospital.

It appeared the man may have been a local car guard as a reflective vest was spotted under a white blanket placed over the body.