‘This is the beginning of the end’: Mpofu mocks ANC for giving up Tshwane ‘without a fight’ 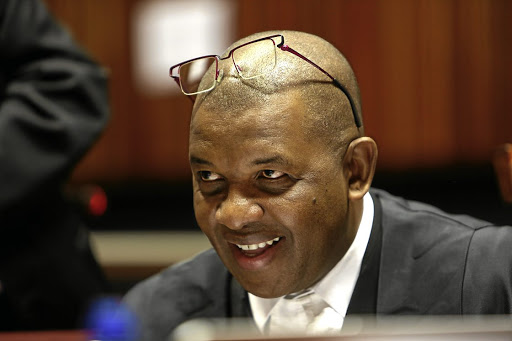 Former EFF chairperson Dali Mpofu has mocked the ANC for giving up the city of Tshwane “without a fight”.

The DA regained control of the city uncontested on Tuesday when the ruling party failed to field candidates.

Leading up to the council meeting, the ANC had indicated it was going to nominate Frans Boshielo to contest against Williams. However, former ANC chief whip Aaron Maluleke told the sitting the ANC would not be participating further in the election of office-bearers.

After the results, ANC Tshwane chairperson Kgosi Maepa said the party took a conscious decision not to contest, citing other parties were going to “gang up” against the ANC.

Reacting to the results, Mpofu predicted it was “the beginning of the end” for the ANC.

“The once mighty ANC has just surrendered the capital city without even putting up a fight. This is the beginning of the end,” said Mpofu.

The once mighty ANC has just surrendered the capital city without even putting up a fight….This IS the beginning of the end!#EFFSiyabongaRally #LandOrDeath

The ANC lost mayorship in Ekurhuleni and Johannesburg after ActionSA and the EFF teamed up with other opposition parties to vote for DA candidates.

“Where on earth is Cyril Ramaphosa, the best ANC leader of all time?” Mpofu asked sarcastically.

On social media, many weighed in on his comments, saying it was a “new era of good governance”.

They always have something to say in defence of the ANC

They stood no chance. Voters have given @MYANC a red card pic.twitter.com/fPmhfPtonY

Nah, let me help you. It’s the beginning of a new era of good governance. There you are, I fixed it for you!

There's no will on any one in the ANC to put up a fight. That's how badly beaten the ANC find itself. Maxhabane aka Tambo pic.twitter.com/wxnRMhpedN