As we approach Christmas, faith-based gatherings may be banned again 'while casinos stay open' 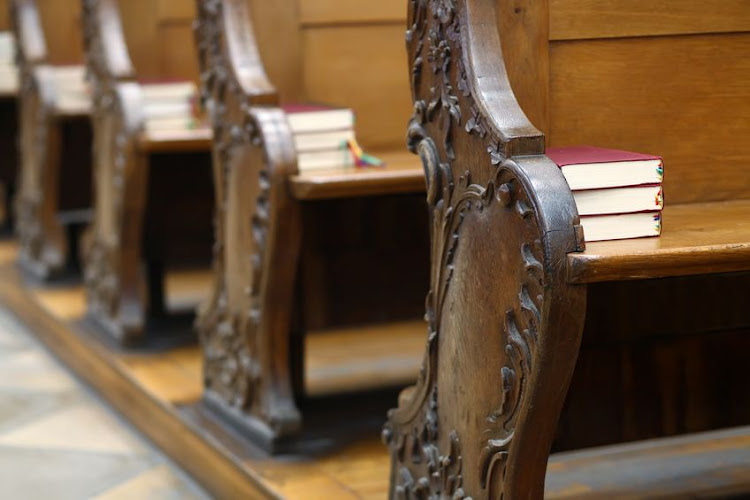 Four organisations are before the high court in Johannesburg arguing why the ban on religious gatherings is unlawful.
Image: 123RF/Goran Bogicevic

Co-operative governance and traditional affairs minister Nkosazana Dlamini-Zuma's decision to prohibit all manner of faith-based gatherings was arbitrary and irrational, the high court in Johannesburg heard on Monday.

This is one of the submissions made in a matter that was launched by four organisations earlier this year. The applications by the South African National Christian Forum, Solidariteit Helpende Hand NPC, Freedom of Religion SA  and the Muslim Lawyers' Association were consolidated into a single hearing before judge Bashier Vally.

The organisations seek an order declaring that regulations which eliminated the right to gather to worship while other sectors of the country were free to go about their business was unconstitutional and unlawful.

They also seek to set aside regulations made by the minister in December 2020 and January 2021, which prohibited a ban on all religious gatherings during those periods of lockdown.

The minister is opposing the applications and said the matter was moot because the regulations that were being challenged had been replaced with regulations which permit faith-based gatherings.

Greta Engelbrecht SC, for Solidariteit, said since 2020, Covid-19 has affected the daily lives of people around the globe and governments everywhere had to make hard decisions on how to curb the spread of Covid-19.

She said the national state of disaster was declared in SA in March last year and remains in place to this day.

She said when regulations are promulgated with no time for public comment, civil society assumes a heightened role to point out the deficiencies in the regulations, such as pointing out where the regulations make unacceptable inroads into the rights of people and to challenge the government where it fails to protect such rights.

“The present case is concerned with the constitutionally enshrined rights of freedom of religion, which includes the rights to practise that religion, and inroads government had made on that right in its response to the coronavirus pandemic.”

The present case is concerned with the constitutionally enshrined rights of freedom of religion, which includes the rights to practise that religion and inroads government had made on that right in its response to the coronavirus pandemic.

She said Solidariteit was not challenging the government’s response to the pandemic.

“What is being challenged is the irrational and arbitrary decision of the minister to prohibit all manner of faith-based gatherings, no matter where they were convened and how many people attended, while she allowed at the same time a variety of social gatherings at restaurants, gyms, casinos and the like.”

Engelbrecht said those regulations allowed people to go to a place to engage in an economic activity, but did not allow people to practise their religion.

“If those social gatherings are allowed  at restaurants, gyms, casinos and the like on the basis that they are economic activity, it raises the question of the rationality of not allowing at the same time the spiritual wellbeing of people.”

“It is this discrepancy between government’s treatment of commercial activity and religious activity that lies at the heart of the challenge to the regulations that affect religious and faith-based gatherings.”

She said there was no scientific basis to come to a conclusion that there is a greater risk of  Covid-19 spreading at faith-based gatherings than in the course of social gatherings at a restaurant, casino or gym.

She said the challenge was not moot.

Engelbrecht said there has been a steady rise in new cases of Covid-19 infections recently.

“As we approach Christmas, one of the holiest times in the calendar of the Christian faith, the real possibility exists that the minister, in her wisdom, will ban faith-based gatherings once more while keeping open restaurants, gyms and casinos.”

She said because the minister has never properly explained the basis for the distinctions she makes between bans on religious gatherings while she allows people to mill about in malls and the like, the prospect that the ban may be revived was real and present.

The matter continues on Tuesday with arguments from other applicants.