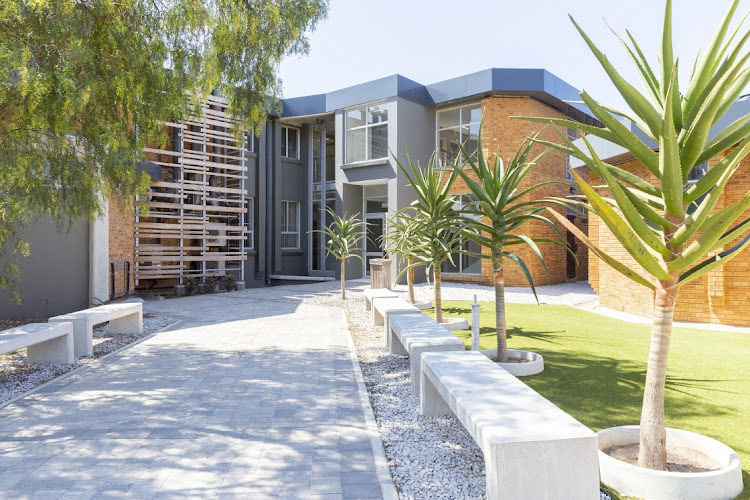 GROUND-BREAKING CONTRIBUTION: Nelson Mandela University's Medical School conducts its operations from the Missionvale Campus. Exams are under way for the first cohort of 50 students
Image: SUPPLIED

The ground-breaking group of aspirant medical doctors at the Nelson Mandela University (NMU) Medical School are putting their newfound knowledge to the test with examinations now under way.

The students are the first cohort of 50 who have signed on to the six-year Bachelor of Medicine and Bachelor of Surgery (MBChC) degree.

As the first students progress to the second year of the six-year degree, they will be joined by a further 80 first-year students in 2022.

In a statement, NMU said the need for a medical school in the metro was first mooted more than 70 years ago, but only gained momentum in the last decade when the university took up the baton to make the healthcare training of doctors a priority.

NMU vice-chancellor Professor Sibongile Muthwa said: “As a university with a deliberate posture to be in the service of society, the Medical School makes a tangible contribution to our responsibility to take forward the legacy of Nelson Mandela by building skills and expanded capacity for pro-poor and accessible healthcare service delivery.

“We will strive to equip our graduates with the knowledge, skills, and qualities to fully embrace the complex healthcare and lifestyle challenges facing our diverse communities, particularly the poor."

She said they would aspire to promote a strong social accountability framework among both   students and staff members.

NMU will officially launch the Medical School on Tuesday  November 30.

The launch will be hosted in a hybrid format.

Higher education, science, and technology minister Dr Blade Nzimande will be the keynote speaker at a small in-person event at the Medical School on the Missionvale Campus.

The formal proceedings will be live-streamed and are expected to be viewed globally by special guests, alumni  and those with a particular interest in the university’s interprofessional education and collaborative practice tuition model and plans for the future.

Dr Nzimande and Prof Muthwa will be joined by Mandela University chancellor Geraldine Fraser-Moleketi and chair of council Ambassador Nosipho January-Bardill as well as representatives from the provincial government, the metro and the university’s student body.

Tuesday’s proceedings start at 11am.