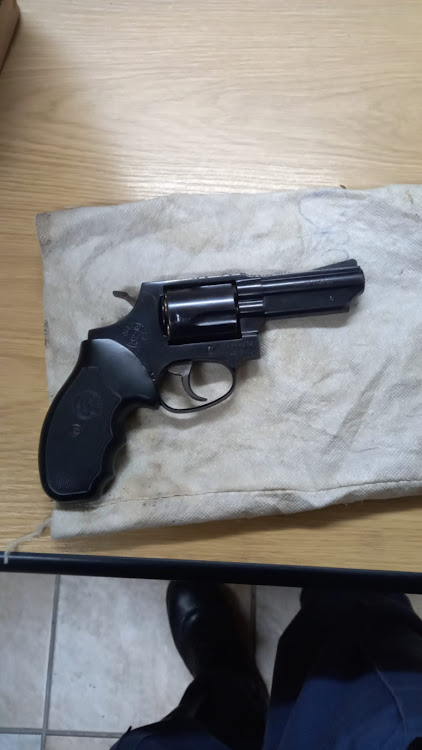 Acting Bay police chief Brigadier Thandiswa Kupiso lauded members after they confiscated three firearms and a hundreds of Mandrax tablets between Monday night and the early hours of Tuesday.

At about 10pm on Monday, members of the K9 unit received information about an illegal firearm at a house in KwaDwesi.

Police spokesperson Colonel Priscilla Naidu said members searched the premises and found a Taurus revolver, with the serial number filed off, as well as five rounds of ammunition.

Hours later, at about 1.20am, the anti-gang unit  searched a house in Orleyn Street, KwaMagxaki, where they found a 9mm pistol and nine rounds of ammunition.

“No arrests were made.

“An inquiry docket was opened for further investigation and ownership of the firearms is yet to be determined.

“The firearms will also be sent to ballistics for analysis,” Naidu said.

In a separate operation, K9 members, along with members of the Kwazakhele visible policing task team, arrested a 36-year-old man on Monday night for allegedly dealing in drugs.

“It is alleged that the members involved in this joint operation executed a search warrant at a house in Soweto-on-Sea.

“A total of 445 Mandrax tablets, with an estimated street value of about R25,000, as well as an undisclosed amount of cash, were confiscated,” Naidu said.

The suspect is expected to appear in court later this week.