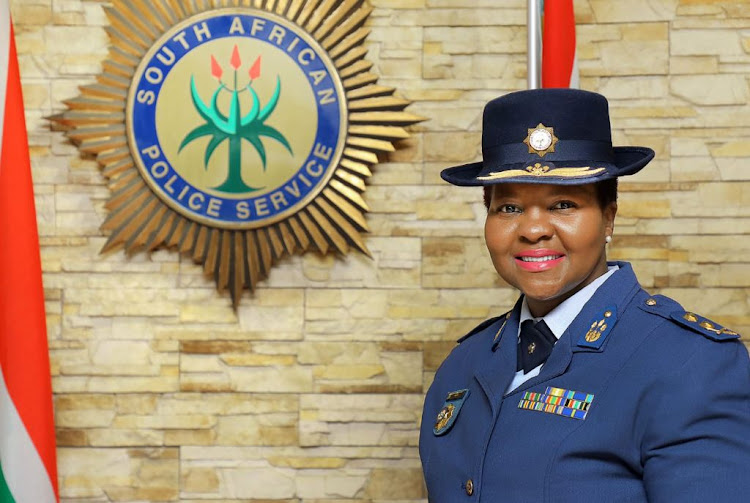 The SA Police Service management has announced the appointment of Maj-Gen Nomthetheleli Lillian Mene as the new provincial commissioner for the Eastern Cape.
Image: Supplied:SAPS

The SA Police Service (SAPS) management has announced the appointment of Maj-Gen Nomthetheleli Lillian Mene as the new provincial commissioner for the Eastern Cape with effect from December 1.

The acting national commissioner of the SAPS, Lt-Gen Franscinah Vuma, said the appointment of Mene is a victory for the empowerment and advancement of women in law enforcement.

“Given her experience as a station commander at the grass roots level of policing, we are confident she will add value to the Eastern Cape province. As we move towards prioritising women empowerment in the SAPS through the SAPS Women Empowerment Agenda 2018—2024, we commit ourselves to produce women with integrity and moral courage who will strive to uphold and enforce the law in a bid to build safer communities for the people of SA,” said Vuma.

Mene is promoted to the rank of lieutenant-general and takes over the reins from Lt-Gen Liziwe Ntshinga who is now the deputy national commissioner responsible for crime detection.

The 56-year-old, born and bred in Humansdorp in the Eastern Cape, brings with her a wealth of experience having served in the SAPS for over 37 years at various levels in the Eastern and Western Cape.

She holds a B-Tech degree in policing from the Tshwane University of Technology.

Mene began her career in the SAPS in 1984 as a constable at the New Brighton police station in Gqeberha.

She steadily rose up the ranks and became one of the first female station commanders in 2000 when she was appointed to head the St Francis Bay police station in the Eastern Cape.

Mene has been acting as the deputy provincial commissioner responsible for support services in the Western Cape since June 1.