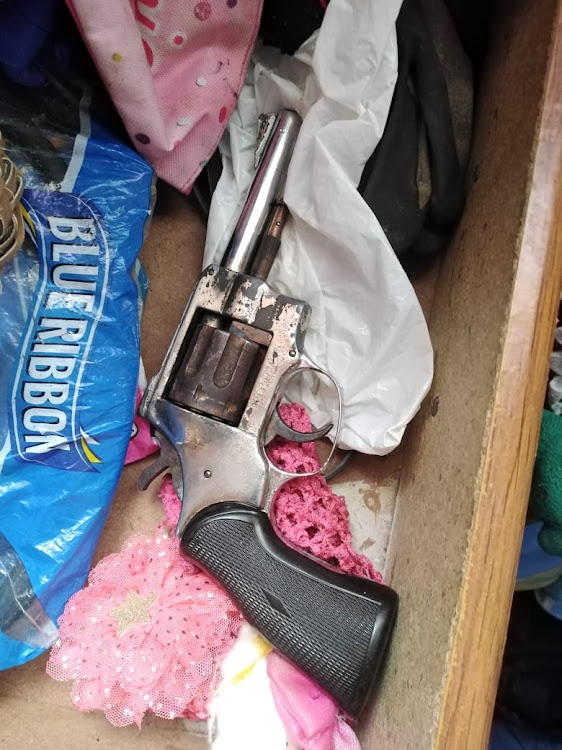 DANGEROUS WEAPON: Police found an illegal firearm in a draw in a home in Barcelona extension 12, Gqeberha
Image: SUPPLIED

A 17-year-old has been arrested in Gqeberha for allegedly being in possession of an illegal firearm.

Police spokesperson Colonel Priscilla Naidu said an off-duty police officer had  beenwaiting to pick up an electrician outside a house in Anita Drive, Barcelona extension 12, at about 8.30am on Thursday when he noticed the teenager walking from Gail Road to Anita Drive.

Because this was a gang hotspot area, the officer, Lieutenant-Colonel Eldridge Schoeman, followed the youngster, who was allegedly spotted tucking a firearm into his pants.

Schoeman then contacted the Gelvandale police and requested backup.

While waiting for backup to arrive, he continued to follow the teenager in his private vehicle and noticed him enter a house in Anita Drive.

After backup arrived, the house was searched and a revolver was allegedly found in a drawer.

The serial number had been filed off.

The teenager was arrested in connection with a charge of possession of a prohibited firearm.