Load-shedding is giving us headaches: Matric pupils on day one of exams 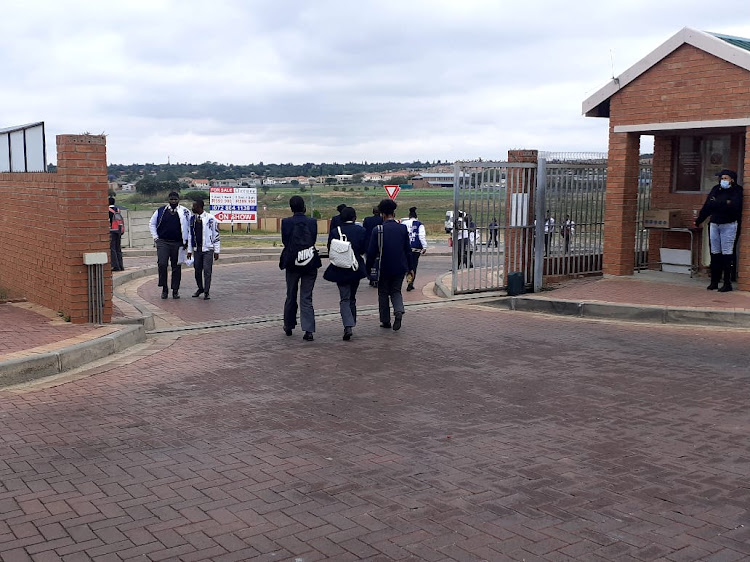 Matric pupils are citing Eskom’s enforced power outages as another hurdle to face, in addition to modified learning due to the Covid-19 pandemic.

Load-shedding, though, was impeding her preparations, as her family could not afford to buy alternative sources of electricity.

“It’s affecting us, I am using candles to study. It’s even worse because I come from a poor background, staying in a shack. When there is load-shedding it’s a problem,” she told TimesLIVE.

“I study at night most of the time and by the time I need to study, electricity is causing problems.”

She’s determined to do her best, despite the challenges.

“Because I want to make it, I have to commit myself and be determined,” she said.

She is due to write her second paper next week.

Other pupils also expressed their concerns about load-shedding.

Nicolas Bouwer, 18, said preparations for the exams have been difficult.

“It has been very stressful because a lot of things need time management and load-shedding coming into question is a very huge, problematic, factor.

“Our age group can’t do things without using the internet, so we rely on the internet to study. When there is load-shedding there is no network coverage, no internet,” he said.

Boitumelo Likhuleni, 18, said: “It’s lowering my self-esteem because other kids have the resources to help them study, whereas I tend to struggle most of the time.”

She felt the first paper was fair and is positive that she put in the time to perform well in the exams. “We used to come Monday to Sunday at school,” she said, adding that the additional study time has helped her to prepare.

Bouwer also felt he had done his best with the first exam, saying: “I did manage to answer the whole question paper.”

Thapelo Ngwenya said he was nervous.

“I am just hopeful that tomorrow when I write again, these nerves aren’t here so that I can actually progress and write properly. In terms of preparations it was OK, because we had already adapted to the situation the entire year,” the 19-year-old said.

Lethabo Mothlaloga found the exam, “even studying for the paper”, to be nerve-racking, “especially when you don’t know what to expect”.

“But I tried my very best to answer every question.”

“It was just English, we still have more to encounter. I am just hoping for the best, no pressure,'' said the 18-year-old.