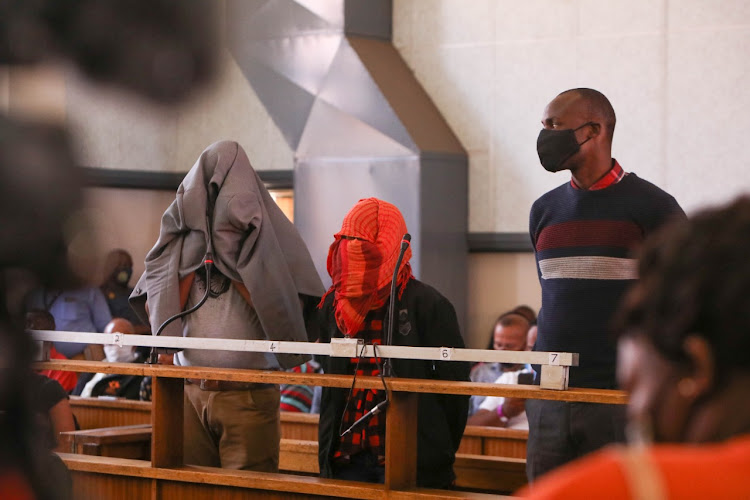 The high court in Johannesburg on Monday heard evidence about blood stains at the scene where Eldorado Park teenager Nathaniel Julies was shot near his home in August last year.

Warrant Officer Raphatla Springbok Moloi reconstructed the crime scene with the help of another witness, Tahirah Kaldine, who was present when Julies was shot on August 26 last year.

Moloi took the photographs of the crime scene on September 1 last year and photographed the police bakkie which transported Julies to hospital on August 26. The photographs showed marks of blood in the back of the bakkie, where Julies had been placed.

Evidence that has been led is that after Julies was shot, one of the accused, Sgt Simon Ndyalvane, picked Julies from underneath the truck where he was shot and placed him at the back of the bakkie before driving him to Chris Hani Baragwanath Hospital on the night of August 26.

Julies was declared dead on arrival at the hospital.

Another witness, Capt Christiana Berrange, from the police academy in Tshwane, told the court that Const Caylene Whiteboy has been her student during 2019.

Berrange said according to training provided on the use of firearms, one must always check a weapon before using it, even if passed by another colleague. She said Whiteboy was trained to use a gun only to protect herself or another person.

Evidence that has so far been led showed that Ndyalvane and Whiteboy allegedly shot at people at a tuck shop on two separate occasions before the fatal shooting of Julies.

Berrange also said rubber bullets were not fired directly at a person.

Before the trial resumed on Monday, judge Ramarumo Monama expressed his unhappiness when the case started later than scheduled, after the lawyer of one of the accused did not make it to court on time.

A week ago, the judge warned another accused, Sgt Vorster Netshiongolo, to stop coming late to court or face being arrested. It was the second time that Netshiongolo was late, forcing the trial to start late.

Whiteboy, Ndyalvane and Netshiongolo are facing charges related to the August 2020 murder of the 16-year-old who had Down syndrome.