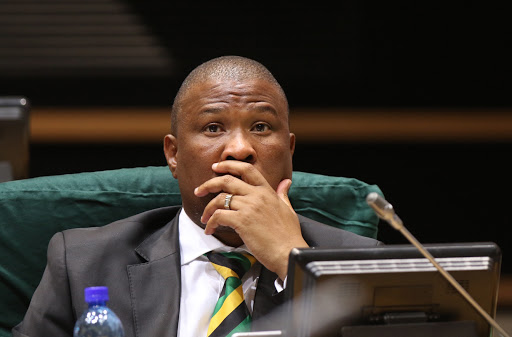 Eastern Cape premier Oscar Mabuyane is back in the spotlight after his latest attempt to halt investigations by authorities into allegations of corruption against him.

Public protector Busisiwe Mkhwebane ordered the Hawks to act against Mabuyane after an investigation into allegations against him revealed that he received R450,000 to renovate his house from R1m allocated for the memorial service of the late struggle stalwart Winnie Madikizela-Mandela.

Here’s the rundown of how we got here:

Buffalo City municipality resident Xolile Mashukuca laid a complaint with the office of the public protector, alleging that amounts of R2m and R1m were misappropriated by officials in the provincial government and in the Mbizana local municipality.

Her complaint came after a report by The Herald, about the alleged misappropriation of public funds by senior government officials.

In an affidavit, businessman Lonwabo Bam alleged that MECs Babalo Madikizela and Weziwe Tikana received hundreds of thousands of rand from a deal he was drawn into by Baphelele Mhlaba. Mhlaba was Mabuyane’s chief of staff at the time.

In an interview with the SABC in May, Magashule claimed that Mabuyane benefited from proceeds of crime from a businessman. He further claimed he had met with the businessman and said he had Mabuyane's banking details.

In a statement seen by TimesLIVE, Mabuyane denied the accusations and expressed concern about Magashule’s meeting with the businessman, whom he accused of defaming him.

Mkhwebane instructed the Hawks to launch an investigation into Mabuyane after she found the premier to have benefited R450,000 for his house renovations.

The money was siphoned from R1m allocated for the memorial service of the late struggle stalwart Winnie Madikizela-Mandela. The Public Protector found the money was paid into a Nedbank account belonging to Allan Morran Design Architectural Services, a private company that carried out renovations at Mabuyane’s private house.

Blame it all on Ace

TimesLIVE reported on Wednesday that Mabuyane approached the high court in the Eastern Cape in an effort to stop the Hawks from investigating him. He further demanded they provide him with the details that inform their investigation.

Mabuyane wrote in court papers that he was suspicious of Magashule as the allegations were investigated in his home province of the Free State even though the money was allegedly stolen in the Eastern Cape.

He said he asked the Directorate for Priority Crime Investigation (DPCI) if Magashule had an influence in its investigation and was told the DPCI had reached out to Magashule for an interview in light of his previous public comments on the matter, but he had not made himself available.