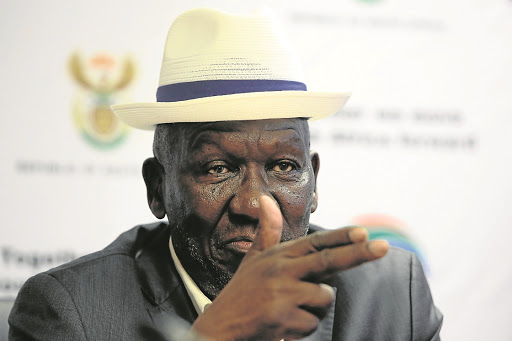 Police minister Bheki Cele arrived in Gqeberha on Thursday morning where he is expected to visit Korsten and the Walmer township.

Cele will be accompanied by Nelson Mandela Bay mayor Nqaba Bhanga in the aftermath of the disturbing scenes that unfolded at the Korsten taxi rank where 10 taxis and two private cars were burnt in Durban Road on Wednesday.

On Wednesday night three Spaza shops in Zwide and Kwazakhele were set alight. It is not clear if these incidents are related to the violence in Korsten.

Cele is also expected to visit Walmer where a spate of shootings has rocked the township, leaving residents living in fear.

The shootings were reported over a 48-hour period between Thursday and Saturday.

Police spokesperson Colonel Priscilla Naidu said: “The police ministry and senior SA Police Service officials will travel to the area and receive a full report from the provincial SAPS management on this incident, as well as the spate of murders that have taken place in the Walmer township over the weekend.”

In a tweet, Bhanga called for residents to remain calm and to respect the rule of law.

After the incidents that took place in Korsten yesterday I am meeting with police minister, Bheki Cele, in NMB this morning. We call on all residents to remain calm and respect the rule of law. @NMandelaBaymuni