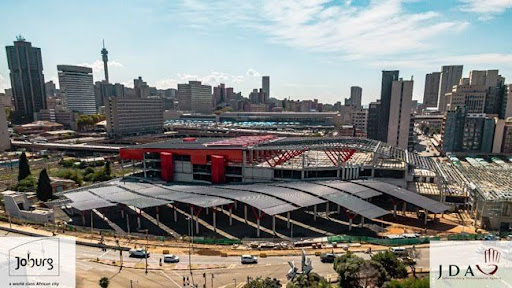 The interchange will see approximately 1,500 travellers a day arriving or departing to destinations in the Southern African Development Community region.
Image: City of Johannesburg

Travel into Johannesburg from Southern Africa is set to become more convenient early next year at a newly unveiled transit hub offering access to banking, food and retail.

The Johannesburg International Transport Interchange (Jiti), on the west of Park Station in Newtown, for long-distance commuters will see about 1,500 travellers a day arrive or depart to destinations within the Southern African Development Community.

The facility boasts a bus terminal for cross-border buses as well as ranking and holding space for 800 taxis, ranking space for 158 taxis and ranking for 20 buses.

After 48 months of construction, there is also a more than 3,300m² space devoted to trading for large retail outlets and informal traders, banks, ticketing offices and food courts, said mayor Mpho Moerane.

For commuters, there is clear static and electronic signage indicating arrivals and departures of buses and minibus taxis, booking offices and a website and app listing bus and minibus taxi services and schedules. 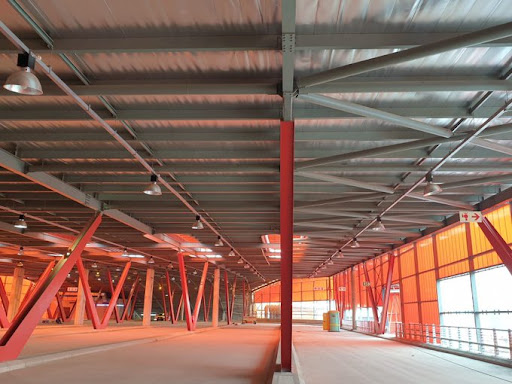 The facility has a terminal for cross border buses as well as ranking and holding space for 800 taxis, ranking space for 158 taxis and ranking for 20 buses.
Image: City of Johannesburg

To minimise criminal activity, the Jiti will be guarded by CCTV cameras throughout the facility.

Safety measures include a law enforcement officer at the facility for passengers to complain or escalate incidents. Regular enforcement campaigns and blitzes will be conducted.

An access control system will make sure travellers will only use vehicles that have the correct operating licences and vehicle fitness certificates.