State to oppose his release 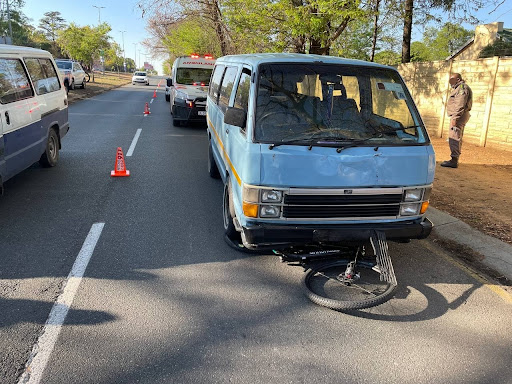 A speeding taxi allegedly ploughed into two cyclists, crushing one of them and dragging him to his death.
Image: Netcare911

The taxi driver charged with driving into two cyclists and dragging one to his death is set to apply for bail in the Randburg magistrate’s court on Wednesday.

He was arrested early on Sunday October 3 after ploughing into cyclists Alex Otto and Geoff Lee while they were on a training ride in Bowling Avenue. Lee was knocked over, while Otto was pulled under the wheels and dragged for 290 metres before the taxi stopped.

Ngcobo is alleged to have tried to flee, but was apprehended by two security guards who hauled him back.

Lee was taken to Sunninghill Hospital where he was treated and discharged. Otto was declared dead on the scene.

The matter was adjourned for two days to allow for the verification of bail information.