Buyer beware! Consumer ombud issues warning about yet another e-retailer

In the past nine months, 328 consumers have lodged complaints with the ombud against online clothing retailer Ana Eleven Brand — for either failing to deliver goods or delivering wrong items and incorrect sizes. 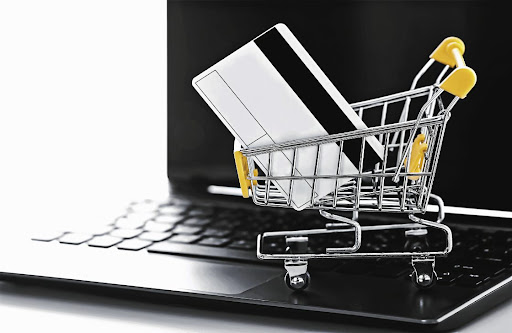 In the past nine months, 328 consumers have lodged complaints with the ombud against Ana Eleven Brand — for either failing to deliver goods or delivering wrong items and incorrect sizes.
Image: 123RF/winnond

In the past nine months, 328 consumers have lodged complaints with the ombud against the company — for either failing to deliver goods or delivering wrong items and incorrect sizes.

“Based on these complaints, it is clear that Ana Eleven Brand is engaging in classic bait marketing, whereby the online shop advertises products as being available, knowing very well that they do not have sufficient stock,” the CGSO said.

“As soon as payment is made, consumers are told that the goods are out of stock, and the promised refunds either never materialise or there is an inordinate and unreasonable delay in refunding customers.”

Among the 98 reviews posted in the past year about Ana Eleven Brand on customer complaints website HelloPeter, mostly negative, is this from “Lui C” on September 15: “Ana Eleven brand is pathetic, you literally have to beg for what you paid for! I got my order after 6 months. And I only got it because I involved the CGSO.

“After complaining to CGSO I got my order a few weeks later, they still had the audacity to draw a heart next to my order number. After 6 months you think drawing a heart will make me happy?

“The outfit quality ... is not as advertised on their pages. I ordered a white outfit and there's dirt marks on it.

“I won't even send it back because it will take another year for me to get it back. Pathetic.”

On September 20, user Snenhlanhla H posted: “After I placed my order on June 3, I ended up travelling from Kimberley to Northview, Randburg, where the shop is located, but they didn't even want to let me in the premises.

“Eventually I managed to get in. They didn't even have my order ready, [but] because I said I’m not leaving without my things they ended up giving me big sizes!”

The ombud’s office still has 138 open cases against the company, some of which it has referred to the National Consumer Commission for nonco-operation.

In August, the ombud had a meeting with the supplier, which promised to resolve all complaints within a week.

“But no progress has since been made and the supplier has manifestly failed to redress consumer complaints adequately,” said the consumer goods and services ombud Magauta Mphahlele.

“Taking money from consumers and then failing to deliver the agreed goods and services is a contravention of section 19 of the Consumer Protection Act, which governs suppliers’ obligations in terms of the delivery of goods or services, and their responsibility in the event they are unable to deliver.”

They are required to deliver at the agreed place of delivery or performance of the services.

And when they fail to deliver as agreed and fail to reach an agreement regarding alternative delivery dates and times, the consumer has the right to cancel the transaction without penalty and to receive a full refund.

With Covid-19 having led to a dramatic spike in online shopping, many consumers are being caught by rogue operators, either not getting their goods at all or being made to wait many weeks or months for them.

“This follows an increase in the number of complaints against the supplier and lack of co-operation with the office in resolving the disputes,” the ombud’s office said.

According to the 38 people who’d complained to the ombud’s office about the boutique, it either failed to deliver goods or delivered wrong items and incorrect sizes.

The ombud referred 10 cases against Wiegenkind to the National Consumer Commission for nonco-operation, the remainder pending Wiegenkind's response.

“The Wiegenkind brand has been labelled a scam on most social media platforms and the site has been shut down,” Mphahlele said, “but such is the nature of e-commerce that unscrupulous operators can pop up at any stage under a different name.”

Here’s the ombud’s advice for those shopping online:

In terms of the Electronic Communications and Transaction Act, you have a cooling-off period of seven days from the date of delivery in which to return the goods (at your cost) for a refund. You have no such right of return when you buy from a physical store, not unless the product proves to be defective within six months of purchase.