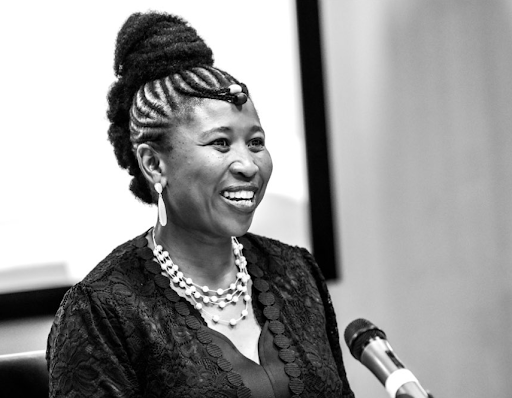 This week, Mogale was being interviewed for the position of judge in the Gauteng division of the high court.

During the interview, Mogale told the JSC she had worked as an acting judge in several courts, including the family court.

She explained that during her tenure she promoted other women as part of transformation.

“When I was appointed as a senior state advocate, I started promoting other women. There, I was allocated juniors to train. I transferred skills to them,” she said.

However, Mogale's lack of judicial knowledge and inconsistency in her answers saw her name topping the trending list.

In her answers, Mogale listed that she did 96% criminal law, 10% administrative law and 15% constitutional law.

“So you say the proportion under criminal law is 96%, that should mean that whatever else you do would not be more than 4%," Zondo told Mogale.

“I think that's where I made a mistake,” she responded.

In part of her interview, Mogale was asked to define parliamentary sovereignty and constitutional supremacy.

She went blank and told Zondo that constitutional supremacy “deals with the constitution”.

“I am not sure if I will answer this right but I think constitutional supremacy deals with the constitution and parliament is where the rules are made,” said Mogale in her answer.

At first I thought she was nervous because it's an interview https://t.co/XlDXRCOYmI

The JSC will conclude the interviews for judicial vacancies in the various superior courts on Friday.

There are 10 vacancies for judges that need to be filled in the Gauteng division of the high court.

On social media, many weighed in on Mogale's interview, with some saying she should prepare better next time.

Here is a snapshot of some of the reactions.

It's nit about preparation here. Those questions are basic legal principles that a practicing and an acting judge should know .

A whole senior state advocate with years of experience, aaai Keitumetsi disappointed us.

Being too nervous is one thing but she couldn't provide any evidence of the knowledge she has.