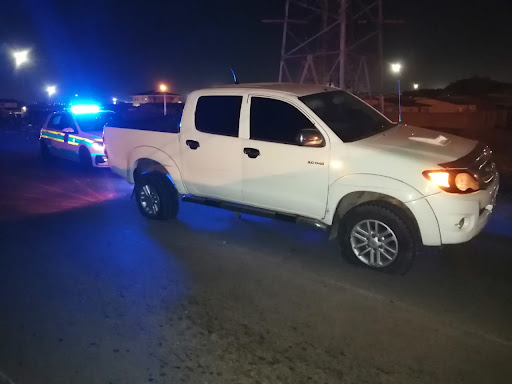 Gqeberha police were kept busy on Monday evening, managing to arrest two men and recover three vehicles in as many incidents after nightfall.

“They discovered and confiscated four packets of cocaine, eight packets of Tik and 39 Mandrax tablets which was in the possession of the driver.”

The 41-year-old male driver was arrested and charged with the illegal possession of drugs, he said.

A short while later, at about 8:40pm, SAPS members spotted an abandoned white Toyota bakkie in Mavuso Road in Kwazakhele.

“On closer inspection of the vehicle, it was discovered that the vehicle had false number plates, and that it was a vehicle hijacked in Kwazakhele in March.”

The vehicle was subsequently confiscated for further forensic analysis and tests.

In the third incident, SAPS members found a white VW Transporter parked in Smith Street, Richmond Hill about a half-hour after midnight.

“On searching the vehicle and questioning the driver of the vehicle, it was discovered that the driver was using it without the consent of the owner.

“The owner of the vehicle opened a case in Makhanda earlier this month,” Beetge said.

The 40-year-old driver was arrested and the vehicle handed back to its rightful owner.

The two suspects will appear in Gqeberha Magistrate's Court on Wednesday.