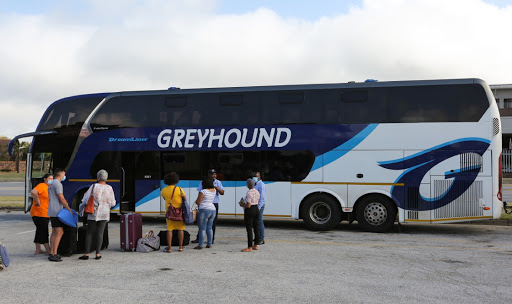 As Greyhound's buses went under the hammer this week, the union representing the defunct bus operator's workers are hoping the courts will find the company's liquidation was irrational.

“We believe that the retrenchment was extremely unfair, unprocedural, and outside the parameters of the law,” said Ntshangase, adding that the union felt the decision to cease operating had been taken before the consultation process began.

“That's why the consultation could not produce a different outcome,” he said. “We did not explore enough other avenues provided for in terms of the law.

“If other avenues were followed or sought, including seeking of potential buyers through the Companies Rescue Act, we could have saved to the company,” he argued.

Company owner Kap Group announced in February that Greyhound, which had been operating since 1984, and Citiliner would cease operating on the 14th of that month.

Covid-19 regulations limiting interprovincial travel and the number of passengers, along with the closure of the Zimbabwe and Mozambique borders, had exacerbated the situation.

KAP said that despite efforts to reduce operating costs, optimise routes and introduce new technology and coaches, the operations could not return to profitability.

“In addition the company was unsuccessful in its attempt to sell the Greyhound and Citiliner operations,” it said.

Detawu had not stood in the way of the auction, said Ntshangase.

“We support whoever comes as a new owner,” he said, adding that he hoped the sale could provide employment for the union's members.

It was unclear on Friday if the auction had gone ahead.

Meanwhile, the union had since asked the court to schedule the hearing as soon as possible.

“The matter is a little bit complicated and we believe it should be treated with a little bit of  sense of urgency,” said Ntshangase.

KAP spokesperson Gavin van der Merwe said the company could not comment as the legal process was still ongoing.