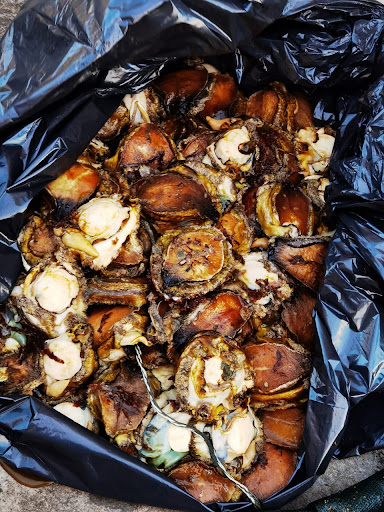 A 45-year-old man was arrested for illegal possession of perlemoen on Friday after police realised something was fishy when questioning the nervous driver about black bags in the boot of his vehicle during a roadblock.

Police spokesperson Col Priscilla Naidu said the driver of a silver VW Golf GTI had been pulled over at the vehicle check point in Standford Road at about 9.50am.

The vehicle and boot were searched and police found four black bags and a blue plastic bag in the boot.

“On questioning the nervous driver, he indicated that the bags contained frozen meat.

“Upon inspecting the bags, a total of 349 [perlemoen] weighing 70kg were discovered.”

The man is expected to appear in the Gelvandale magistrate’s court on Monday.

In an unrelated incident, two members from the Gqeberha K9 unit confiscated perlemoen worth R80,000 on Thursday.

Naidu said that at about 2.30pm, the members had been training a dog along in Marine Drive when they spotted a person with diving equipment exiting the water.

“When the person spotted the members, he went back into the water and swam away.

“With the assistance of a private company, a bag was retrieved from the water . A total of 126 [perlemoen] was confiscated,” Naidu said.