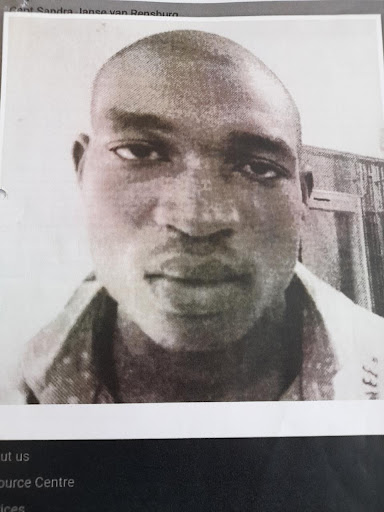 WANTED: Nqwenelo Thabata, 40, is wanted by police. His last known address was in Veeplaas
Image: Supplied

The Hawks in the Eastern Cape are appealing for help in locating a suspect believed to be linked to a police station robbery.

It is alleged that on July 16 at 3am, police found an R5 rifle in a vehicle which was abandoned by a group of su­spects after they discovered they were being tailed.

Further investigat­ions revealed the rifle had been stolen during an arm­ed robbery at the Moyeni police station in Peddie in December.

The driver of the ve­hicle was identified as Nqwenelo Thabata, 40­.

Efforts to trace him have been fruitless.

His last known address was Veeplaas in Gqeberha.

A warrant for his arrest has been issued.

Anyone with the information about Thabata’s whereabouts should contact Warrant Officer Wiseman Mavundla on 082​-778-0412.

Any information received will be treated with the strictest confiden­tiality.