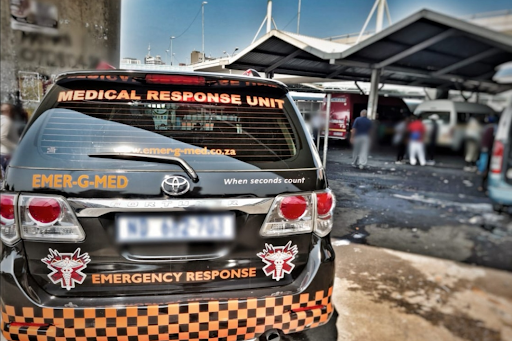 The taxi rank where the foetus was discovered in Durban on Tuesday.
Image: Emer-G-Med

The police are conducting an investigation into the dumping of a foetus in a rubbish bin at a taxi rank in central Durban on Tuesday.

“The circumstances surrounding the incident are being investigated,” she said.

Kyle van Reenen, spokesperson for Emer-G-Med, said paramedics were flagged down by members of the public just after midday in the Warwick Avenue area.

“A commuter made a grizzly discovery while waiting for his taxi at the Phoenix taxi rank.

“Paramedics were taken to a bin where they were shown the lifeless body of a foetus wrapped in a rubbish bag and discarded in the bin.

“The scene was cordoned off and handed over to the SA Police Service,” he said.