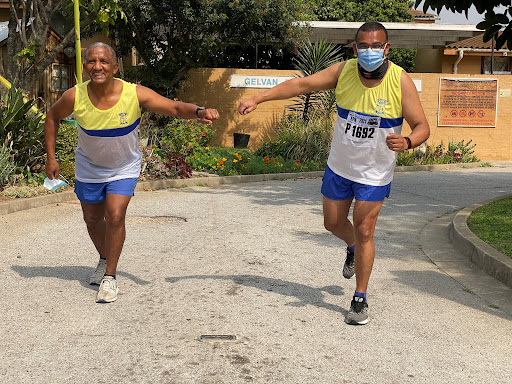 The Gelvan Park Frail Aged Home, in collaboration with the Atlantic Aces Athletics Club, has planned a virtual run for the month of September.

Participants can run or walk anywhere for any distance to take part in the cause.

The initiative was introduced by the Atlantic Aces Athletics Club in 2020 during the initial lockdown period to raise funds for the institution.

The frail aged home is a non-profit organisation, which is home to about 100 frail elderly residents from extremely disadvantaged communities.

Due to the rising cost of living and insufficient income streams, the shortfall had to be sourced through fundraising,  the vice-chair of the organisation’s board, Gishma Johnson, said.

Johnson said the home received a subsidy from the department of social development which covered about a third of its running costs.

“The residents’ boarding fees cover another portion of the expenses while donations from the community and fundraising help us keep our head above water,” she said.

The virtual run organiser, Derrick Hoshe, who is a member of the athletics club, said club members were excited to lead this initiative.

“It is a privilege and honour to run for those who are unable to,” Hoshe said.

“We call on the entire community to don their running or walking shoes and show support for the aged.”

The minimum entry fee is R50.

“They can even run in their backyard.

“I urge the community to post photos of themselves on their social media platforms and tag the Gelvan Park Frail Aged Home,” he said.