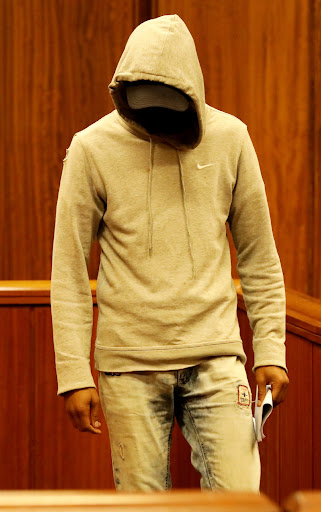 Allegations that police had planted a screwdriver on him and that he had been assaulted by an officer the day of his arrest were just some of those made as serial rape accused Thembinkosi Ngcolomba testified in the Gqeberha high court on Tuesday.

He admitted to knowing some of the complainants, but did not elaborate on this.

At the start of the trial, Ngcolomba, 33, pleaded not guilty to 12 counts of rape, nine of trafficking for the purpose of sexual exploitation and seven counts of robbery with aggravating circumstances.

However, before Ngcolomba testified on Tuesday, judge Elna Revelas acquitted him on one count each of rape, human trafficking and robbery, after it came to light that the complainant linked to those charges no longer wanted to be a part of the case.

In his testimony, Ngcolomba admitted he knew how to use Facebook and that he had a profile under the name Thembinkosi “Terror” Ngcolomba.

He denied using an alias or a different profile to entice his alleged victims to meet him, as alleged by the state.

He did, however, admit to having two cellphones in his possession when he was arrested on February 16 2018, but denied having a screwdriver with him at the time.

It is alleged that Ngcolomba was found with the screwdriver when he was arrested in NU29 while on his way to meet his next alleged victim who, unbeknown to him, was working closely with the police.

According to Ngcolomba, it was only after he was detained by police and allegedly punched by an officer that the issue of the screwdriver came up.

He denied communicating with the sister of his last alleged victim via WhatsApp, claiming that screenshots of the conversation submitted to the court as evidence were not the same as the messages he had sent and received on the day of his arrest.

He further claimed that he had been on his way to meet his girlfriend on the day he was apprehended.

It is alleged that between May 2016 and February 2018, Ngcolomba raped nine women, some more than once, after luring them to secluded spots near NU29, Motherwell, using an alias on the “Umfula Wothando” (River of Love) Facebook page.

According to the state, the same modus operandi featured in most of the incidents, with Facebook used to strike up conversations with the alleged victims before convincing them to meet up.

The women would then be convinced to accompany him through a bushy area, where he would allegedly rape and rob them.