Woman arrested for shooting at police 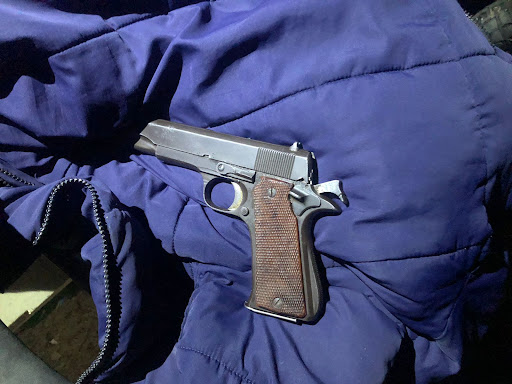 ATTEMPTED MURDER: A 24-year-old woman arrested for the possession of a prohibited firearm in Timothy Valley on Monday is to appear in the Gelvandale Magistrate's Court on Tuesday
Image: SUPPLIED

A 24-year-old Gqeberha woman was arrested on Monday after she allegedly shot at the police.

She faces charges of attempted murder and discharging a firearm in public.

The woman was arrested after patrolling police noticed suspicious movement inside a yard in Italy Street, Timothy Valley, about 1.50am.

When police officers approached the house, they heard a gunshot from inside.

A 9mm pistol was allegedly found in the woman’s possession.

Police spokesperson Colonel Priscilla Naidu said the woman was expected to appear in the Gelvandale Magistrate’s Court on Tuesday for possession of a prohibited firearm, illegal possession of ammunition, discharging a firearm in a municipal area and attempted murder.