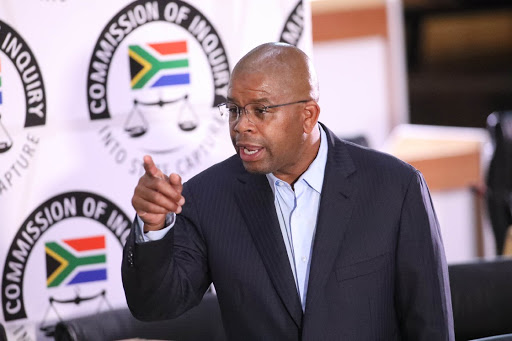 While the state capture commission is hard at work compiling its report after three years of oral hearings, former Prasa boss Lucky Montana continues with his spirited offensive to discredit the inquiry, saying it has been chasing shadows.

Montana fired his latest salvo on Sunday evening when he dismissed the “state capture” phenomenon as nothing more than an “ideology for the ruling elite bourgeoisie”.

According to him, the idea of state capture was also premised on mistaking irregular expenditure to mean public funds were stolen. To this end, it was little wonder that not many state capture-accused public officials and politicians had managed to evade prosecution.

Montana was speaking during a marathon Twitter Space session, where he laid out his journey in public service up until his messy exit when he was Prasa CEO.

Montana has been fingered by several witnesses who appeared at the state capture inquiry oral hearings as among those who allegedly enabled rampant corruption and state capture to set in at Prasa.

He believes he sufficiently defended himself when he appeared at the same platform, but he insists it was an injustice that he was not allowed to demonstrate that the “state capture” phenomenon was misunderstood and that irregular expenditure was confused for corruption.

In his view, those like him who are alleged to have aided state capture, have only one sin: that of seeking to tilt economic ownership patterns to favour the majority.

“State capture is the ideology of the ruling class in our country — the mineral and energy complex, the people who control our mines and related industries, who control our financial sector,” said Montana.

“The mineral and energy complex, realising that the black majority intends using the state as an instrument in their hands to change their lives and to change the economic conditions of the majority, they came to say we are capturing the state.

“It is an attempt to criminalise any attempt to radically transform our society and make a break. So state capture, in simple terms, is the ideology of the ruling elite bourgeoisie to resist transformation and they have been able to do so by influencing the ANC in many different directions.”

Montana further charged that the state capture inquiry had been at pains trying to classify irregular and wasteful expenditure as corruption.

Activities at Prasa were among those to shock the inquiry chairperson, acting chief justice Raymond Zondo, including irregular expenditure that rocketed from R100m to R24bn over a period of five years.

Montana says Prasa’s irregular expenditure started rising when he left the company but still did not amount to money stolen.

“When I left Prasa I was told there is R550m of irregular expenditure and today it stands at over R25bn, because previous boards were using this as a political tool.”