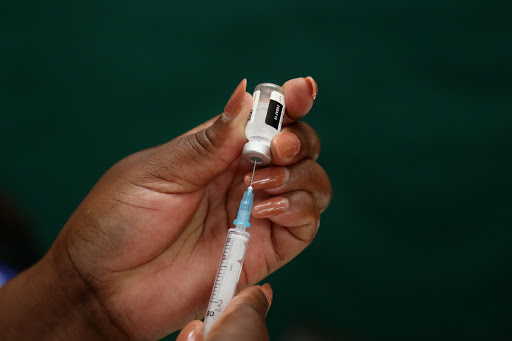 A group of genomic scientists has cautioned that if Africa is left behind in global efforts to vaccinate populations against Covid-19, the continent may end up being a breeding ground for new variants.
Image: MARK ANDREWS/DAILY DISPATCH

Africa must not be left behind in the global response to Covid-19 and vaccination rollouts, lest the continent becomes a breeding ground for new variants.

This is the stern warning from African scientists and public health specialists, who have been conducting genomic surveillance on the continent since the arrival of the coronavirus early in 2020.

The scientists from various universities in SA, who have been working closely with the Africa Centres for Disease Control (CDC) said that even though the continent has played a crucial role in analysis of different variants that have been doing the rounds in the world, guiding the global public health response, Africa has been lagging behind in its response compared to other parts of the world.

This is due to its fragile health and scientific infrastructure, lack of technology, weak purchasing power, “and the fact that diagnostics and reagents were being hoarded by developed countries”, making Africa the world’s least vaccinated continent.

In a paper published in the journal Science on Friday, scientists from various institutions including the University of KwaZulu-Natal and Stellenbosch University, the Covid-19 experts said: “Africa must not be left behind in the global pandemic response, otherwise it could become a breeding ground for new Covid-19 variants.”

Prof Tulio de Oliveira, a professor of bioinformatics and director of the KwaZulu-Natal Research Innovation and Sequencing Platform (KRISP) at UKZN said: “We are deeply committed to using the most advanced technologies in Africa to trace and combat the virus. If the virus keeps evolving on the African continent, this will become a global problem. It is our moral duty to try to protect Africa and the world.”

De Oliveira, who is also involved with Stellenbosch University's school for data science and computational thinking, said that doing the analysis of Covid-19 variants in 33 African countries was “very fulfilling”.

The collaboration included 112 African and 25 international organisations, including Africa CDC and the World Health Organisation (WHO). It shows that the epidemics in most countries were initiated by importations predominantly from Europe, which diminished after the early introduction of international travel restrictions.

As the pandemic progressed, ongoing transmission in many countries and increasing mobility led to the emergence and continentwide spread of many variants of concern and interest, such as Beta that was first identified in SA, and Eta that was initially identified in the UK and Nigeria.

In spite of limited sampling, the African scientists identified many of the variants of concern and interest that are being transmitted across the world. In the paper they caution that if the pandemic is not controlled in Africa, “we may see the production of vaccine-escape variants, which may profoundly affect the African and global population”.

De Oliveira said: “This was a very fulfilling collaboration. Not only did we manage to share and analyse our African data together, the collaboration also involved complete sharing of knowledge, with all analysis scripts shared and hundreds of hours of capacity building in analysis and data generation so that genomics can be decentralised and performed in real time in Africa.”

Dr John Nkengasong, director of the Africa CDC, said strengthening genomic surveillance systems across the continent is key for early detection and control of disease outbreaks.

“Since the beginning of the Covid-19 pandemic, the Africa CDC Institute of Pathogen Genomics has been supporting member states to expand their SARS-CoV-2 genomic surveillance for the rapid detection of variants. The Institute is very proud of this collaborative work and will continue to co-ordinate collaboration among public health, academic and research institutions to strengthen pathogen genomics and bioinformatics capacity in Africa.”

Since this collaboration, Africa has increased its genomics surveillance and today there are about 40,000 African genomes available.

Dr Matshidiso Moeti, the WHO regional director for Africa, said that without genomic surveillance, variants can spread undetected on the continent and across the globe.

“This will prolong the acute phase of the Covid-19 pandemic, not just in Africa, but worldwide.

“We ignore mutations and variants at our own peril. The Delta variant is a wake-up call and underlines the importance of genomic information, and of ensuring that African scientists have the necessary resources to analyse the evolution of Covid-19,” the authors noted.