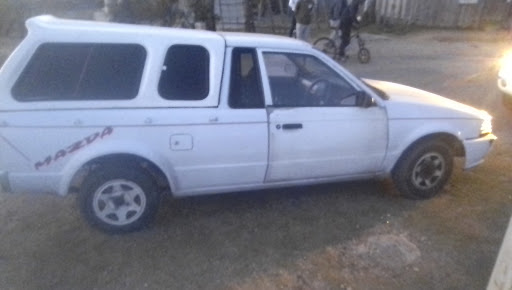 Police in Motherwell, Gqeberha, arrested two men in connection with the hijacking of a bakkie in NU 29 on Thursday evening.

Police spokesperson Colonel Priscilla Naidu said investigators from the Motherwell Crime Prevention Unit (CPU) had followed up on information on a suspect who may have been involved in a hijacking earlier in the week.

The suspect was arrested at a supermarket in NU9 and vehicle keys, cash and two bank cards were found in his possession.

“The investigating officer [in the earlier hijacking] was contacted and it was confirmed that the bank cards do not belong to his complainant,” she said.

She said the officers realised that the items could have been stolen in a fresh hijacking.

“The members took the 31-year-old suspect and drove to the hotspot in Uitenhage Road in NU 29.

“As they entered the gravel road, they were stopped by [a 43-year-old]  complainant who informed them that he was hijacked by three men,” she said

She said the motorist’s bank cards, cellphones, and bakkie were taken.

The police then went to the suspect’s house in NU8, where a second suspect, 30, was arrested.

Four cellphones and a replica firearm were found in his possession.

“The bank cards, three cellphones, bakkie keys and the cash belonging to the complainant were recovered.

“The bakkie was found parked in Ngoma Street, in NU9,” she said.

The two suspects were arrested in connection with a charge with vehicle hijacking.

Naidu said the investigators were probing whether the suspects were connected to a spate of hijackings in NU 28 and NU 29 in recent weeks.

A third suspect wanted in connection with the bakkie hijacking remains at large.