'I feared evidence would be lost if Sizwe Hlatshwayo was buried,' Dr Richard Lebethe tells inquest 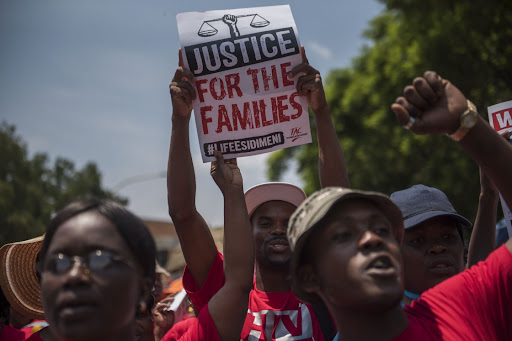 One of the Life Esidimeni patients, who died hundreds of kilometres away from his family, had his burial rites disturbed by Gauteng department of health officials who wanted to do a late postmortem.

Dr Richard Lebethe, a senior official in the department, said he feared evidence would be lost if Sizwe Hlatshwayo was buried, he told the Life Esidimeni inquest in the Pretoria high court yesterday.

Hlatshwayo had been a patient at Life Esidimeni for 16 years before he was moved without his family's knowledge.

“The fear was that if Sizwe was buried, we would have to exhume and lose evidence that is important,” Lebethe said in his statement. “The family was upset that the department was asking to do the autopsy now when they had the body for so long without doing it.”

The Life Esidimeni inquest seeks to find if anyone can be held criminally liable for the deaths of 144 mental health patients who died from neglect at non-governmental organisations (NGOs) across the province.

They were transferred from Life Esidimeni facilities after then MEC for health Qedani Mahlangu terminated the contract to cut costs.

Lebethe said he was not directly involved with the marathon project but worked in parallel with the mental healthcare department to check some of the infrastructure of the NGOs.

He said Mahlangu had instructed him to visit the NGOs. One of these was Precious Angels, where 23 people died.

“The facility was in a mountainous area that was elevated and with lots of steps to go into the house. The type of area and layout and height was bad for patients,” said Lebethe.

Lebethe also visited Takalani, where he was impressed with the physical structure.

Evidence leader Pieter Luyt asked Lebethe if he had not been concerned about the care that was going to be provided at the NGOs. “Did you enquire about their nursing staff, level of care, and who they care for?” he asked.

Lebethe replied: “I went there to check if they were ready infrastructurally.”

Luyt bought up Cassey Chambers’ testimony that the department did not involve the SA Depression and Anxiety Group (Sadag) when it came to vetting NGOs.

“I was not involved in that planning,” said Lebethe.