Multiple accidents as Durban is pounded by heavy rain 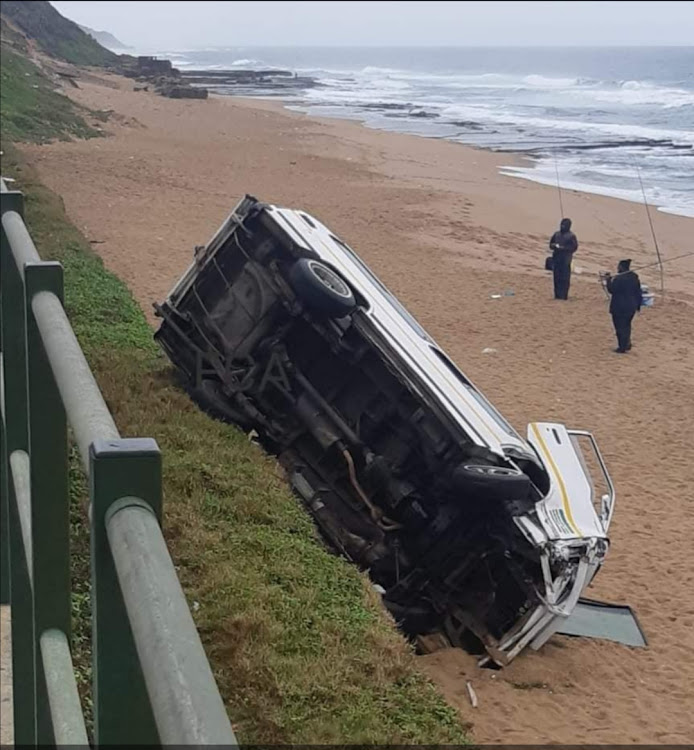 A taxi hit a few vehicles before crashing onto the shore in Isipingo on Monday.
Image: PT Alarms via Facebook

Torrential rain has resulted in several motor vehicle crashes in and around Durban.

On Tuesday morning 13 people were injured when a minibus taxi crashed on the M41  north of Durban.

Emer-G-Med spokesperson Kyle van Reenen said paramedics “were met with mayhem as the twisted wreckage of a Toyota Quantum occupied the roadway and the injured were found clambering to safety.

“An on-scene triage area was established by scene commanders and as many as 13 commuters were found to have sustained injuries ranging from moderate to life-threatening.”

He said the injured were taken to nearby hospitals for further treatment.

The cause of the collision is not known.

In a separate incident on Monday, another minibus taxi, which appeared to be empty,  crashed on the shore at Tiger Rocks beach in Isipingo, south of Durban.

It is understood the taxi driver ploughed into vehicles in the parking area before crashing through a barrier fence and onto the shore.

It is unknown if anyone was injured. .

“Areas of concern include Fields Hill and the N2 from Chatsworth up to Sibaya in the north.

“With continuous rain there have been many reports of localised large puddles forming all over Durban and surrounds. We are urging all motorists to take care in these adverse conditions.